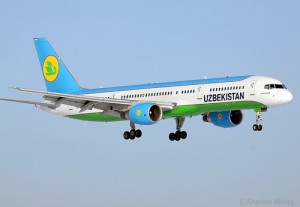 Uzbekistan Airways is the flag carrier of (can you guess?) Uzbekistan. It was founded in 1992 and is owned by the government. They fly to about 50 destinations, mostly into Europe, although there is a flight to New York.