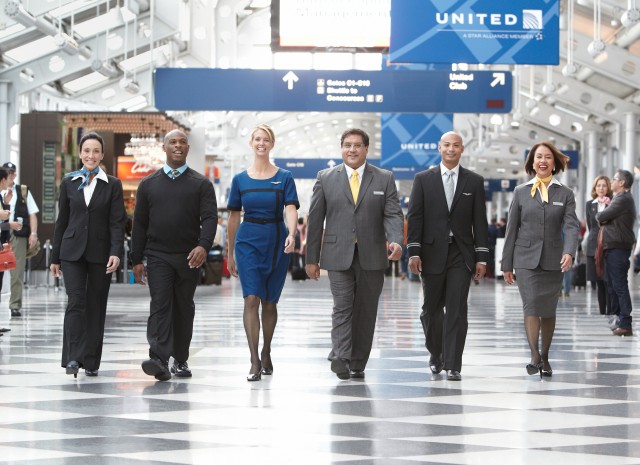 The world’s largest airline (based on scheduled passenger-kilometers flown) has recently changed up their employee couture. May 21, 2013 marked United Airline’s 25th anniversary at Newark’s Liberty International Airport (EWR) and felt it would make a great backdrop to show off their new uniforms.

United is the largest airline in the New York area and currently the sole tenant of Newark’s terminal C and the airport serves as their third-largest U.S. Hub. They have more than 13,000 local employees and offer more flights & seats from the region to more world-wide gateways than any other airline in history. Currently, United offers more than 400 flights daily from Newark.