At just fifteen years old, Taylor Michie has already set foot on three of Earthâ€™s seven continents, and heâ€™s just getting started. As the author of sailing novel Racing Winds, and freelance journalist for the Volvo Ocean Race, Taylorâ€™s explored the east coast of the United States, everywhere from Maine to Florida, and out west to California and beyond. Growing up with an American Airlines (AA) Special Services rep and an AA million-miler as parents, the passion for travel was instilled in Taylor from a young age. When actually on solid ground, Taylor lives in Annapolis, Maryland, and works on his website RacingWinds.com and More Than Travel. Here is his story: 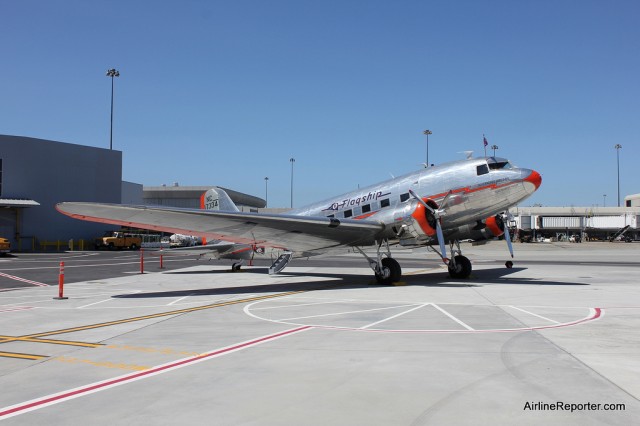 We all know what flying has become today: shoes off, liquids out, delayed flights, lost baggage, et cetera. But anyone who’s been flying for a good while can tell you that it wasn’t always this way. US’ legacy airlines, many of which are approaching their 80th anniversary, each have a long and storied history, but one with perhaps the most stories is American Airlines.

American can trace its roots back to the late 1920s, where American Airways was simply a common name for a number of independent carriers. After consolidating into one company, the airline was founded as American Airways in 1930. Based in New York, the airline operated from Boston, New York, and Chicago to Dallas, and from Dallas to Los Angeles, with Fokker Trimotor and Ford Trimotor aircraft, and in the early 1930s, Curtiss Condor biplanes were added to the fleet.

In 1934, after being bought by E.L. Cord, American Airways was renamed as American Air Lines, with Cyrus Rowlett Smith as the president. Smith introduced Douglas DC-3s into the fleet, and collaborated with New York mayor Fiorello LaGuardia to build New York City’s LaGuardia Airport. American was also the first airline in the world to be the owner of an airport lounge, an invite-only membership lounge, which became known as the Admirals Club. In 1937, American carried it’s one-millionth passenger, and the end of the decade saw American on top of all other domestic carriers in terms of revenue passenger miles. On June 10, 1939, American Airlines stock began trading on the New York Stock Exchange.

During World War II, American retrofitted many planes in the fleet into a military configuration, to be operated by the Air Transport Command. In 1942, American pioneered the airline catering business with the introduction of Sky Chefs. After WWII, American launched several subsidiaries, including American Overseas Airlines (AOA), created to serve European destinations, and Lineas Aereas Americanas de Mexico, created to serve Mexican destinations. American was then the largest airline in America, and second largest in the world, after Aeroflot Russian Airlines. AOA later merged with Pan Am World Airways. 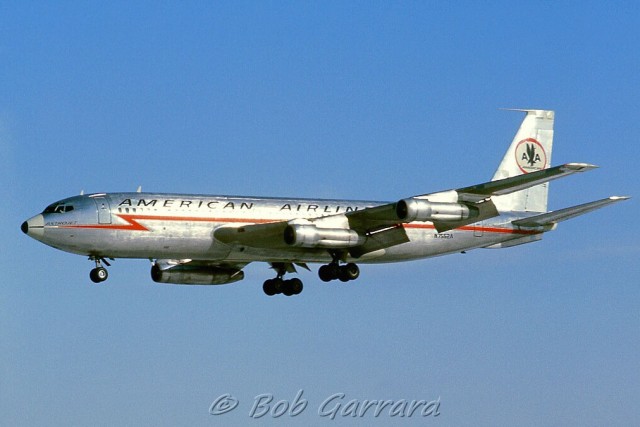 In 1957, American introduced the Magnetronic Reservisor, a system designed to keep track of available seats on flights. In 1958, American was the first US airline to start transcontinental service in both directions with the Douglas DC-7 airplane. By then, they had also introduced the coach cabin, which they billed as a comfortable, cost-effective alternative to first class. In 1959, American focused on transcontinental jet service with the new Boeing 707, but still maintained connections from feeder cities using smaller aircraft.

In the next few years, American led the industry in many aspects. They worked with IBM to create the Sabre data system, which grew to become the second-largest data processing system, second only to the United States government’s SAGE system. In 1967, after being introduced to the company by AA design consultant Henry Dreyfuss, Vignelli Associates designed the Eagle logo for American Airlines, which is still in use to this day. In the 1966, American officially retired their last piston airplane, and had introduced the Boeing 727 and Boeing 747 into the fleet, complementing the existing 707 jet aircraft. By the 1970s, American was offering long-haul international services, from St. Louis, Chicago, and New York to Sydney and Auckland, via Honolulu, Nadi, and the American Samoa. In 1973, they became the first major airline to employ a female pilot.

American grew rapidly in the 1980s and the 1990s after moving it’s headquarters to Forth Worth, TX in 1979. In 1981, American became a hub-and-spoke airline, creating hubs at Dallas-Forth Worth (DFW) and Chicago (ORD). Under the new leadership of CEO Bob Crandall, American started service to Europe and Japan in the mid-1980s. American created the Raleigh-Durham Airport (RDU) hub in order to compete with US Airways’ operations at Charlotte-Douglas International Airport. American bought the rights to TWA’s London Heathrow operations in 1990, which meant that American and United were the only two US airlines with service to London due to the Bermuda Treaty; the skies were subsequently opened up in 2008 due to the US-UK Open Skies agreement.

In 1998, American started electronic ticketing. In 1999, American founded the OneWorld alliance, a global airline alliance that at the time comprised of British Airways, Cathay Pacific, Canadian Airways, and Qantas Airways. In 2001, American bought Trans World Airways. However, AA immediately began losing money after the TWA merger, and that was further accellerated by the September 11 attacks. On September 11, 2011, American Airlines lost AA11, a Boeing 767, in New York City, and AA77, a Boeing 757, in Washington DC. 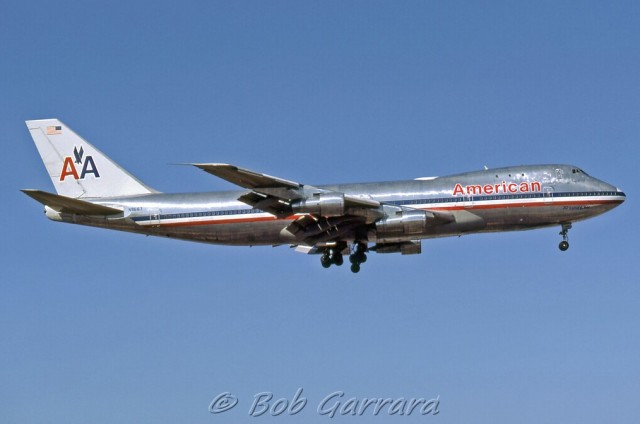 The days when American had the Boeing 747. Photo by Bob Garrard.

As the decade progressed, American found themselves losing money, like many airlines did after 9/11. American continues to suffer the effects of ongoing labor disputes with its pilots, as well as high fuel costs. In 2008, American announced that they would begin retirements of their McDonnell Douglas MD-80 aircraft, replacing them with Boeing 737 aircraft. The fleet currently comprises of Boeing 737, 757, 767, 777, and MD-80/83 aircraft.

In July 2011, American made a massive aircraft order, worth nearly $40 billion. They ordered 200 Boeing 737 aircraft, as well as 260 Airbus A320 family. The 737s are expected to continue to replace the MD-80/83 series aircraft, and the A320 family aircraft will likely replace the Boeing 757 fleet as well as allow for new routes to be opened.

I recently took a series of international flights on American and had a wonderful experience. American goes down in my book as one of the world’s great airlines, and it was a pioneer in its industry for many years. If American can work out their 21st century issues, then maybe flying will return to the glamor as in the good ole days. One can sure hope.