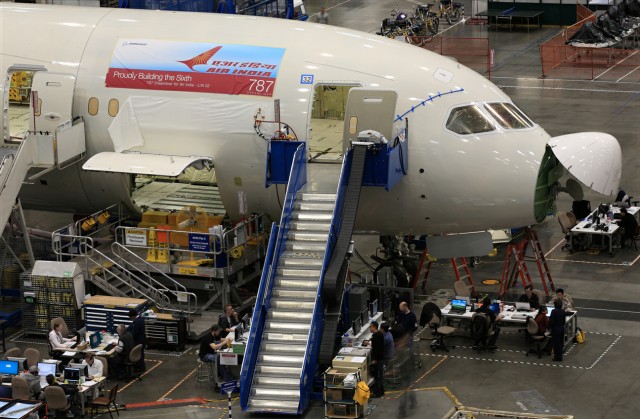 Things for Air India aren’t exactly going so great right now. The airline is in the middle of a pilot strike that has been going on since May 8thÂ and has cost the airline over $63million, due mostly to international flight cancellations. Over 200 pilots have called in sick and the airline has responded by firing over 100 of them.

Back in 2005, Air India placed orders for 27 Boeing 787s and wasÂ originallyÂ supposed to take delivery starting in September 2008. Obviously that did not happen with the delays of the Dreamliner.

It appears that Air India is trying to receive compensation for the delays of their aircraft and are refusing to take delivery until an amount is agreed upon. If this sounds familiar, it is because Cargolux pulled something similarÂ with Boeing before taking delivery of their 747-8Fs.

So, will Air India ever take delivery of their 787 Dreamliners and why are they delayed? Emails to Air India have gone un-answered and at the time of posting this story, Boeing is working to answer some questions posed byÂ AirlineReporter.com.

Boeing has billions of dollars worth of aircraft currently sitting at Paine Field, which I am sure they just want to deliver to their customers. It seems like odd timing that Air India, which doesn’t really have any pilots to fly the 787 right now (or money), isÂ aggressivelyÂ seeking cash from Boeing, just days before intended delivery.

UPDATE:
Boeing has written back and explained, “We look forward to delivering the first 787 Dreamliner to Air India, but we donâ€™t discuss details of our delivery plans and defer to our customers to announce their own timing.” When asked if there were any technical issues that contributed to the most recent delay and if the 787s are currently ready for delivery, Boeing stated, “We donâ€™t discuss those topics.” This is not too surprising, since Boeing is still in the middle of negotiations with Air India. 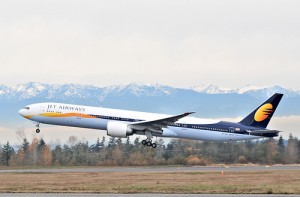 The pilots are demanding that the four pilotsÂ be re-hired before they stop protesting and the airline is demanding the dismantling of the NAG. The airline has scheduled talks for Friday in an attempt to end the stand-off. Hopefully the issue can be resolved shortly, since the continuing strike and bad press will continue to plague the airline. 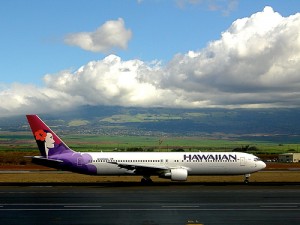 The on-going strike at Boeing is surely having an adverse affect on its commercial airline divison.

Boeing went from delivering 36 planes per month during August and July down to 12 in September and only 5 in October.

The end is in sight, since the 27,000 striking workers approved a new four-year contract this last Saturday.

This, of course will cause another set back for the already much delayed Boeing 787. This coupled with the hurting economy will most likely have a negative impact on airlines as well.