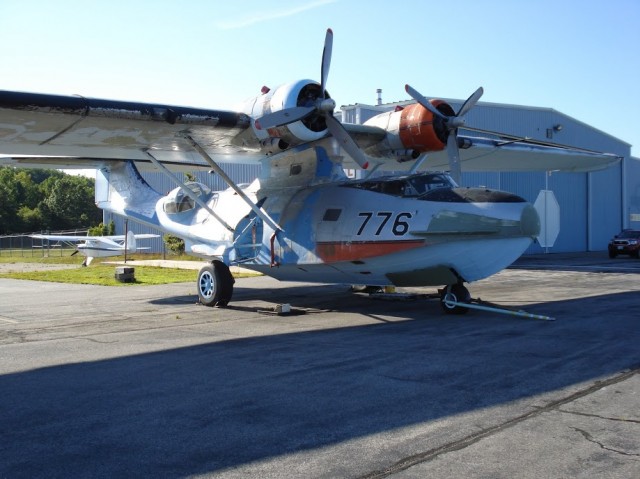 A PBY with lots of potential located at KSFM

This story was written by Michael Lothrop for AirlineReporter…

Sanford Seacoast Regional Airport (KSFM) is a municipally-owned airport located in Sanford, Maine. It is home to a fixed wing flight school, rotary wing flight school, a school specializing in ATP licenses, as well as a full host of FBO services. There is also an excellent diner to facilitate the infamous “$100 hamburger”.

KSFM was originally a Naval Auxiliary Airfield during World War II, built at the same time as three others in the state. It has also been the host to Presidential aircraft, as both Bush administrations were keen to visit Kennbunkport.

It’s only fitting that an old Navy airfield would play host to an old Navy plane. Every now and then, one can get a glimpse of a hulking amphibious aircraft tied down on the far side of the field. I was fortunate enough to be put in touch with the private concern who owns this magnificent aircraft, and was granted an interview about the PBY Catalina. Here are some questions and answers from that session: