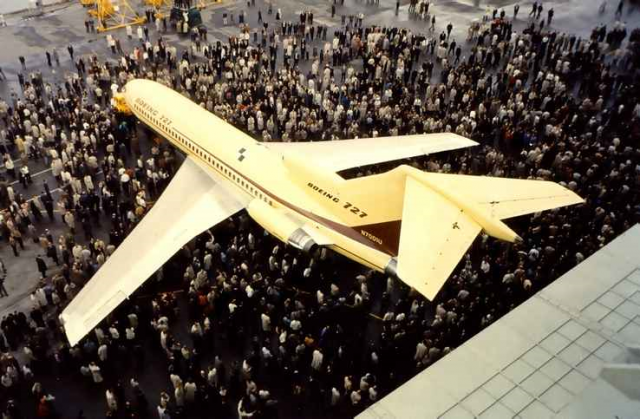 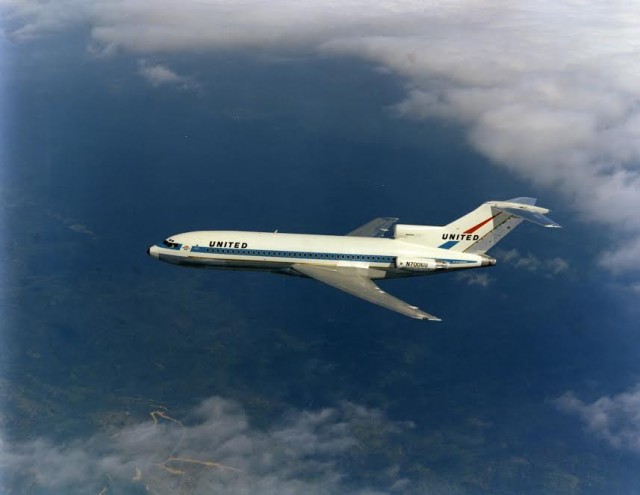 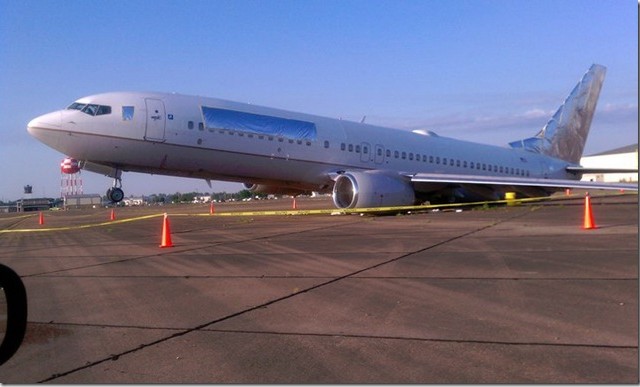 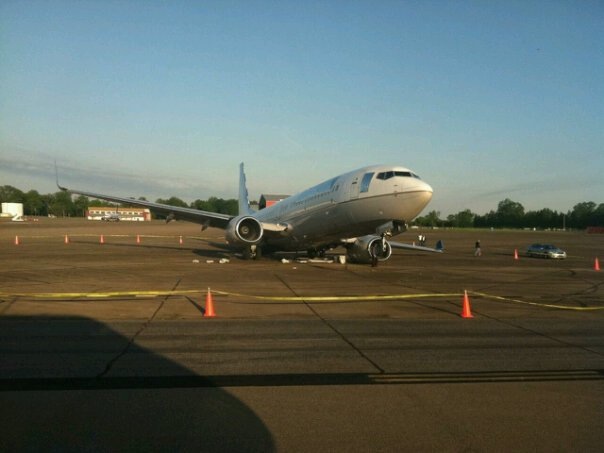 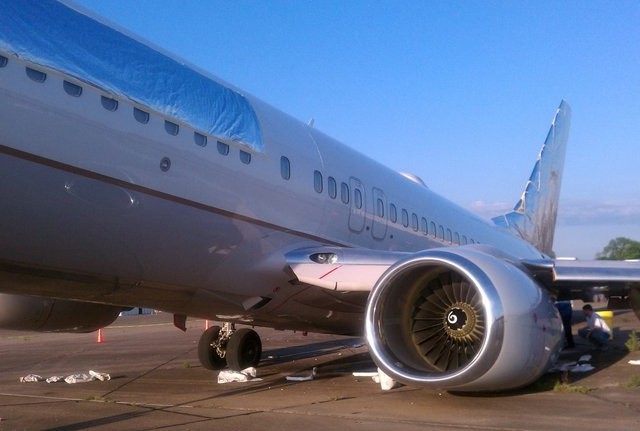 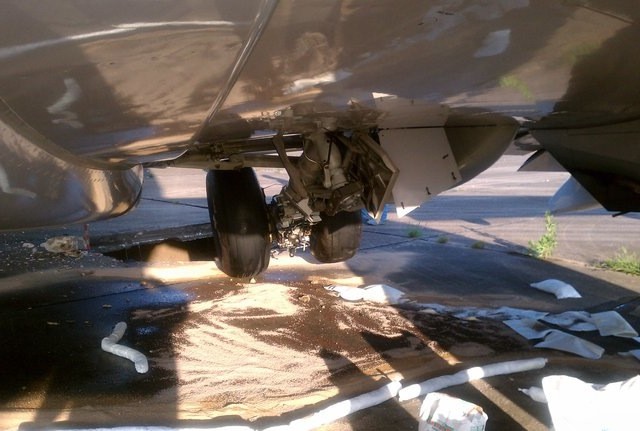 This incident happed a few months back in in Greenville, Mississippi after the aircraft was painted to the new United Airlines livery. It had completed being painted and was about to be flown to Houston on a ferry flight. While taxiing out to the runway, the concrete collapsed under the left main gear, causing it to fold.

It appears as though United didn’t want to be associated with a broken down aircraft on the taxi-way and they covered up all the identifiable markings. This is not uncommon for airlines to do when their aircraft become severely damaged.

The Boeing 747-8 is a big plane and requires a heck of a lot of paint. Check out this time-lapse video from Boeing showing the process in a which the 747-8 goes through to look pretty.