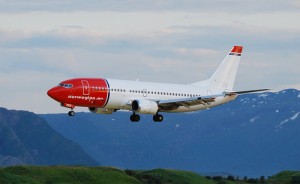 Picture an airline that is having a super sale. When I say super, I mean SUPER. Selling tickets for only $0.19 USD (well it was for 1 Danish crown, but that equals about $0.19). Then picture a second airline whose employees go and buy out hundreds of the $0.19 tickets, not letting real passengers purchase them. Too crazy to happen? Think again.

Using fake names, Cimber Sterling employees bought well over 650 tickets on Norwegian Air Shuttle. “One person has booked 458 tickets, and another 100, and two more than 50, and two Cimber board members 18. I am sure it is more than 650,” Norwegian Air Shuttle spokesperson Anne-Sissel Skaanvik said. “It costs us money when we have work to cancel the tickets. There are many people involved in this, and it is not for free.”

Skaanvik said that the flight has seen many “no-shows” since real passengers weren’t able to purchase the tickets. Cimber Sterling’s CEO Jacob Krogsgaard called his counterpart to apologize. “I have called (Norwegian CEO) Bjorn Kjos and given him an unreserved apology for what occurred,” Krogsgaard said in a statement, calling it a case of “misguided loyalty” on the part of Cimber staff. “We cannot interfere in what our employees are doing privately, but I want to stress that it is not the way Cimber Sterling wants to do business,” Krogsgaard continued.

This is just dirty. Yes, there is good competition out there and this is not it. Even if real passengers bought the tickets, Norwegian Air Shuttle would have lost money, but it would have built relationships with new customers. Not only were they not able to build those relationships, it cost them money to take care of the fake tickets. To have so many employees and even board members purchasing the tickets, it is hard to believe that upper management at Cimber Sterling had no idea what was going on.

Thanks Keith for the tip!