This is the same Boeing 787 Dreamliner (ZA003 /Â ï»¿ï»¿N787BX), but in two different paint schemes. Previously, there was only one aircraft with the “Dreamliner livery’ — ZA001. All the rest were painted either in a “light” Â or ANA livery. Then a few days ago, Boeing unveiled ZA003 in and updated “Dreamliner livery,” but why? I am not exactly sure and Boeing is not currently saying. 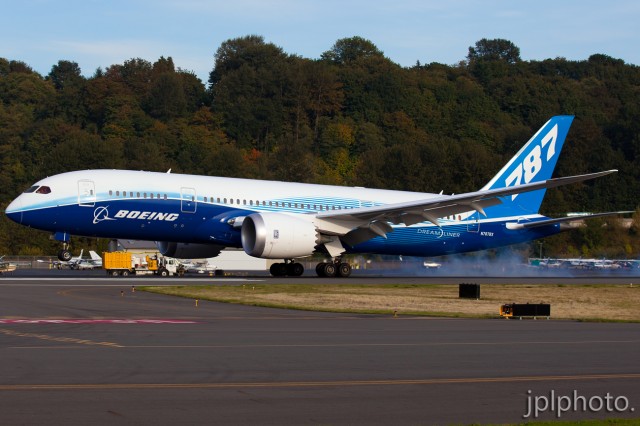 It is possible that Boeing will use ZA003 to promote the 787 around the world. I thought maybe they were using ZA003 at the Seoul Air Show, but ZA001 arrived instead.Â According to Boeing’s Flickr page: “ZA003, the third 787 Dreamliner built by Boeing, just got a new paint job. Weâ€™ve got big plans for this airplane. Itâ€™s too early to provide details, but stay tuned for more info in the coming weeks.” That does not really give any clues. 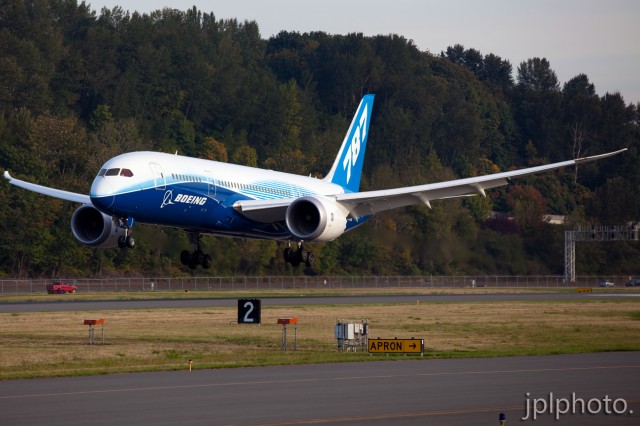 So what do you think? Why did Boeing spend the money to paint over a perfectly good paint scheme? I am sure they must have a plan.

Thanks to Jeremy for sharing his photos.