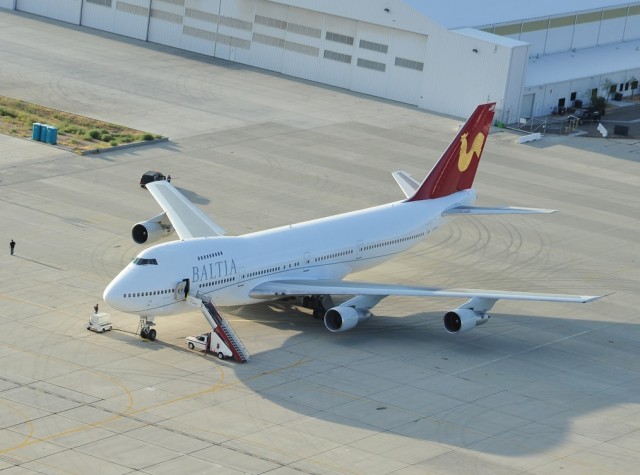 Ah, Baltia Air Lines — the little airline that is trying. In 1989, the airline was founded with the hope of connecting New York to old soviet countries non-stop. It has been a long process and many felt the airline would never make it this far, but Baltia has been full of surprises.

It has almost been a year since I last took a look at the airline and they are making some pretty good progress. A big emotional step has to be seeing their second aircraft, a Boeing 747-200 (N706BL), in Baltia Air Lines livery for the first time.

Their first Boeing 747-200 (N705BL) was delivered to TAP Air, then bought by Pakistan International Airlines (PIA). It still has not been painted in the Baltia livery and is undergoing maintenance in Malaysia. Their second aircraft, another Boeing 747-200 (N706BL), was delivered to Northwest Airlines in 1979 and put into storage in 2009 before Kalitta took ownership. They held the title for only about a year before Baltia purchased it.

In September 2011,  Baltia Air Lines was accepted into the FAA’s Safety Management Systems (SMS) Pilot Program, which will allow the airline to create a safety plan for the future.

“Senior Management at Baltia is committed to pursuing the safest operational environment possible. We are committed to implementing, developing and improving strategies, management systems and processes to ensure that all operational activities uphold the highest level of safety performance in the industry. Our Safety Management System will meet and exceed national and international standards.”

Yes, it is a big unorthodox to see a new airline start up using a Boeing 747-200, but who can complain about seeing one of these beauties flying in the US again? Will they make it? I am staying optimistic and hope they can at least get off the ground. Looking at their summary of tasks needed to be completed, they are on the home stretch. 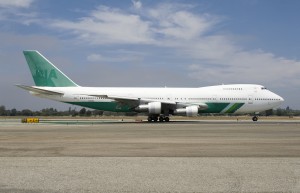 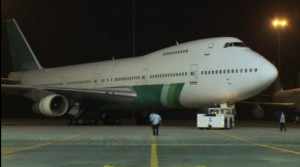 More recently, Baltia Air Lines has announced the purchase of a second Boeing 747 and that they plan to start flying during the second quarter of 2011. According to Airliners Gallery News, Baltia Air Lines President, Igor Dmitrowsky stated, ’œSignificant progress has been made in the FAA Air Carrier Certification document process and that Baltia is anticipating a second quarter launch.” He continued with, “There are still other pre-launch certification tasks to be accomplished such as the completion of the Safety Attribute Inspection audit process of the manuals, the completion of maintenance on our newly acquired Boeing 747 aircraft, the training of our crewmembers, and the mini evacuation test and proving flights, which should all be completed prior to our inaugural flight.’