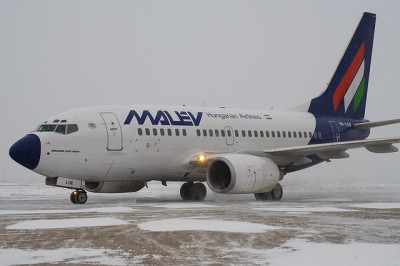 Malev Hungarian Airlines was founded back in 1946 as the Hungarian-Soviet Civil Air Transport Joint Stock Company (that’s a long name). The airline is based out of Budapest and flies to 50 cities in 34 different countries.

I love this livery with the blue nose, why don’t more airlines do this? Oh I have seen a few liveries with the nose a different color, but it wasn’t meant to be. Although I do like the blue nose best on a Q400.