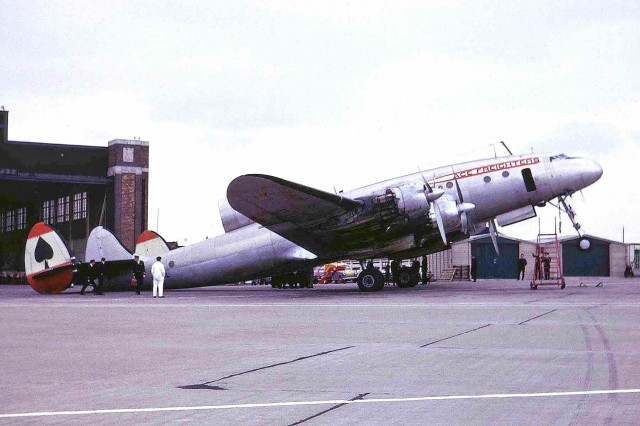 On July 2, 1966 this Lockheed Constellation (G-ALAL) had some weight issues. Click for larger. Photo by Ken Fielding.

Aviation enthusist Ken Fielding shared his photos with me about a Contellation in 1966 that had some weight issues and he was lucky enough to take some photos. Below are descriptions from Ken’s Flicker Account: 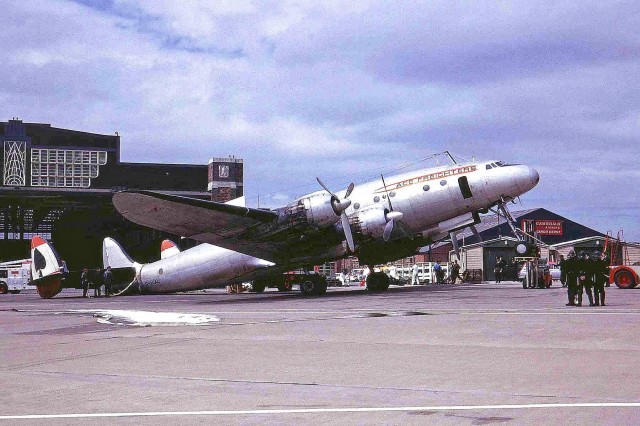 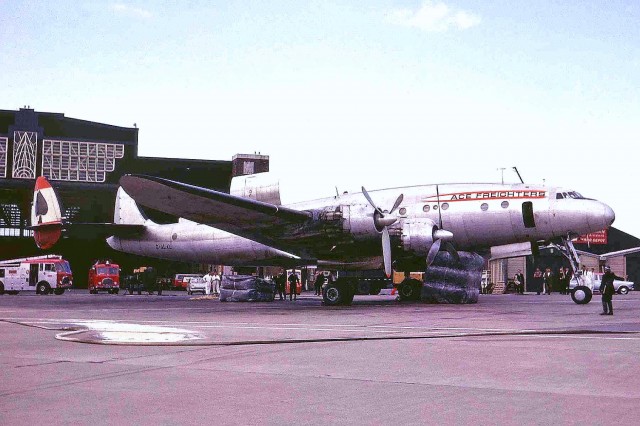 Some additional information that Ken shared via email about the incident:

Just as an addition to this, there was a national dock strike in the UK at the time and the aircraft had been flying backward and forward between Liverpool (LPL) and Belfast (BFS) twice a day for about 10 days bringing in the same load.  Personally, I think the crews were well aware the aircraft was overweight, however, on such a short trip it wasn’t over the maximum structural take off weight although it was well over the maximum zero fuel weight.
Another point about aircraft trim.  Constellations, like DC-4’s, were very nose heavy when they were empty and very tail heavy when fully loaded.  I recall that this aircraft always carried 5 x 50 gallon oil drums lashed down at the back of the aircraft.  These were always filled with water before an empty ferry flight and (supposedly) emptied again before the return trip.