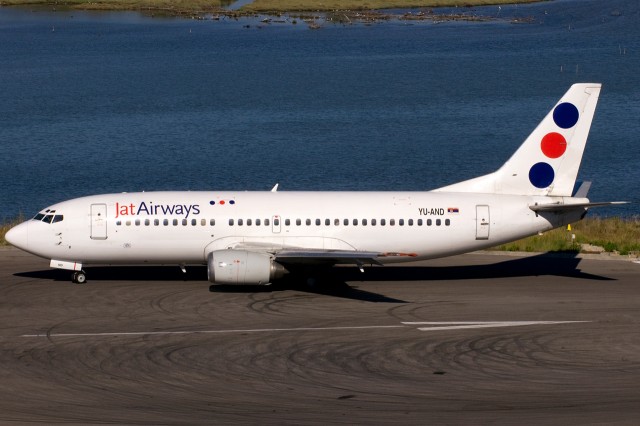 The JAT Yugoslav Airlines livery seen on this DC-9 in 1986 has a very classic looking livery with the retro “JAT” circle on the tail.  Then, with the introduction of the Boeing 737-300 to the fleet, JAT went with a similar livery, but with bare metal instead of white paint — not quite as nice looking in my opinion. In 2001, JAT updated their livery with a waving flag design on their tail and a predominate “JAT” on the front of the fuselage — which looked great on a DC-10.

To help celebrate their official name change to “Jat Airways” in 2003, the airline decided to hold a competition for a new livery. A simple livery involving dots ended up winning and is now on their entire fleet.