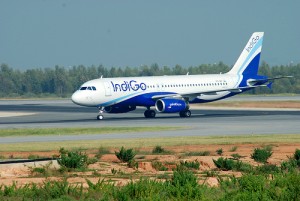 What’s crazier than one passenger calling in a bomb threat to delay a flight? Having two different passengers calling in bomb threats to delay two separate flights a world away from each other.

The first one involves Claudia De La Rosa who didn’t want her boss to miss his American Airlines flight from Miami to Honduras last Wednesday. Instead of having to pay a ticket change fee or deal with a grumpy boss, she decided to email a bomb threat to delay the flight. It worked and the flight was delayed while police searched the aircraft. De La Rosa made it easy for police to track her down, since she sent the incriminating email using her work computer and was quickly arrested. That is going the extra mile for the boss, but I expect she won’t have her job for much longer. No word if her boss even made that flight.

All the way around the world in Delhi, a man called in a bomb threat last Sunday to delay his relative’s flight. Mubarak Ali’s relative got to the airport at 9pm, but his 8:55pm IndiGo flight was already pushed back from the gate. Not willing to accept his relative arriving late, Ali called the airline’s flight center and reported the plane had a bomb. The IndiGo flight, with 164 passengers, was sent to an isolated area of the airport and was searched. Of course no bomb was found and Ali was tracked down and arrested for making a fake bomb threat. As before, no idea if Ali’s relative was able to make it in time to pay for bail.

I have seen people do some crazy things (mostly just running very fast and asking people to cut in line, so not that crazy), but calling (or emailing) in a bomb threat just doesn’t make any sense. I for one would never want De La Rosa or Ali planning my next trip.