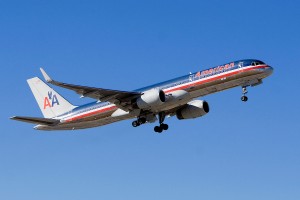 American Airlines is looking to add a new option.  They are testing a pilot program (or more like “agent program” heh) over the next six weeks at Boston’s Logan International Airport where standing in line might have more options. Starting next week the airline will test 20 mobile devices called Your Assistance Delivered Anywhere (YADA). They will allow passengers to print boarding passes and make upgrades pretty much anywhere in the airport they can find a YADA representative. After the six week test, they hope to roll out the devices nationwide.

This seems like an interesting concept. If it works, not only could it alleviate lines, it could provide more of a one-on-one relationship with American and its customers.

Three videos that teach you Wi-Fi do's and don'ts

A while back I was able to fly to Baltimore and be a part of AirTran’s wifi unveiling. I was excited to see the new technology first hand, but was disappointed when my AirTran flight back to Seattle didn’t have WiFi. Well, now there is no more wondering! 100% of AirTran’s planes now have WiFi. The beauty of all aircraft on a single airline having WiFi, is you no longer have to wonder. You know by flying on AirTran or Virgin American you will be able to enjoy WiFi.

To assist with folks getting use to having the internet in close proximity of other people, AirTran has created a website to teach you about Internetiquette (awesome word). It has three funny videos and an online brochure. Bonus points for anyone who can take a picture while looking at these on an AirTran flight!