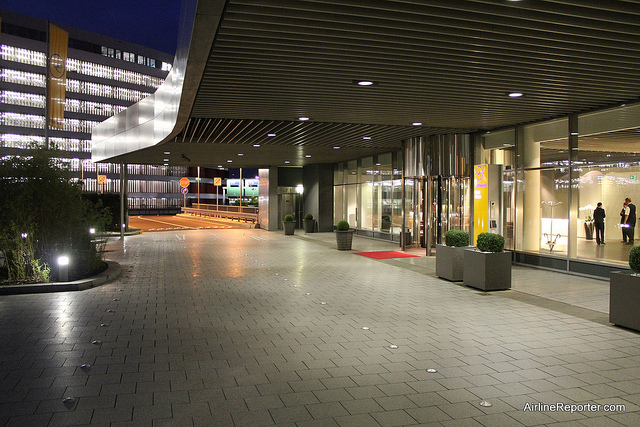 Lufthansa's first class terminal in Frankfurt is separate from the main airport.

There are many international airlines that have first class lounges, but not many who have a whole terminal just for passengers flying first class. Lufthansa’s First Class Terminal in Frankfurt, Germany is as about as exclusive as one can get flying scheduled airline service. This is not an area you can buy a day pass for and you won’t even have access if you upgrade to first class. You either have to pay full fare for your international first class ticket or you have to have HON circle status, meaning you fly 600,000 miles over a two year period. I recently had a special tour of the terminal and wanted to share the experience. 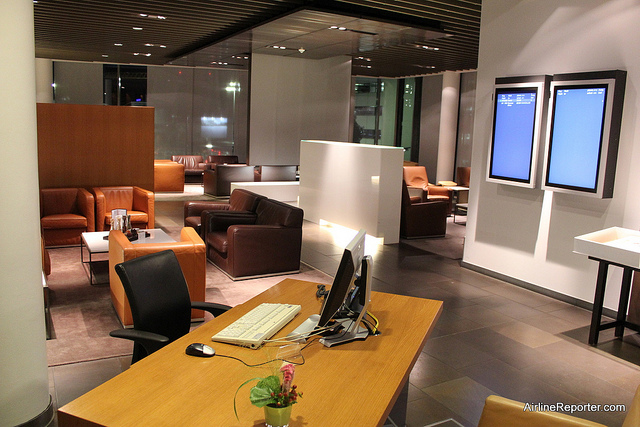 There are many areas inside the lounge to relax or do business.

Everything can be done for a passenger in the first class terminal — they even have their own security. The terminal is exclusive, but there are still about 200-300 passengers that will go through the lounge everyday. No worries, there are plenty of different spaces they can relax or do their business. 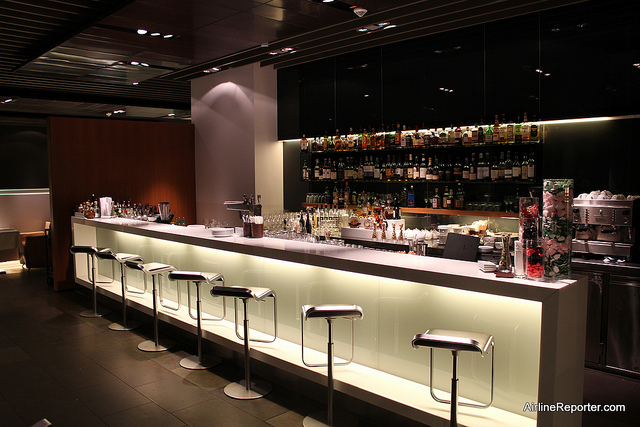 Want a drink? The Lufthansa bar has you covered.

The bar area has 86 different kinds of whiskey for customers. There also were a few jars of different candy (seen at the end of the bar) which added a nice touch. 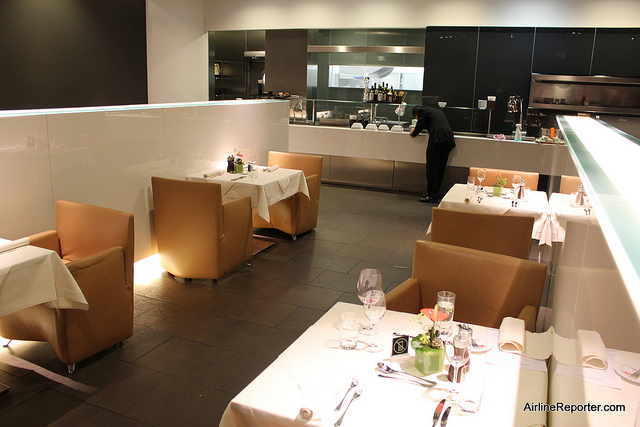 Want to get some grub before your flight -- no problem. Although I probably wouldn't call it "grub."

Right next to the bar is an eating area, where guests can order and eat food for free. Well, they did have to pay for that first class ticket, but once you are inside the walls of the first class terminal food and drinks are on the house. 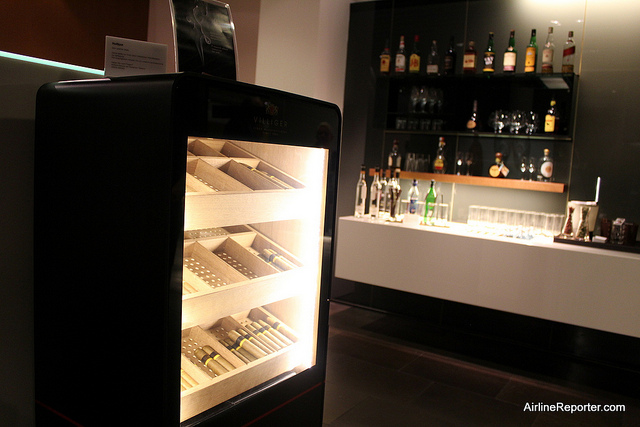 Cigar lounge and mini-bar. Hmm, don't see that in most clubs.

If the bar area becomes a bit too crowded for your taste, right across the hall is a cigar lounge with its own mini-bar. I wonder how many business deals have been done in this area. 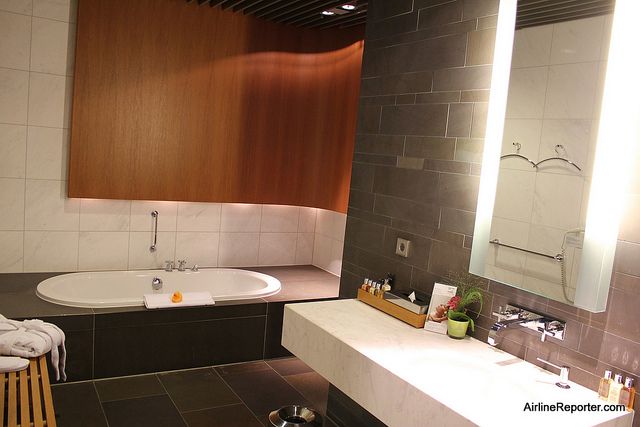 Eh, why take a shower when you can take a bath?

Many airline clubs are proud to state they have shower facilitiesÂ available. Well, Lufthansa offers not only showers, but also full baths. And yes, that is a yellow rubber ducky on the edge of the bath and yes it has “Lufthansa” on it (photo) — now that is frek’n class. 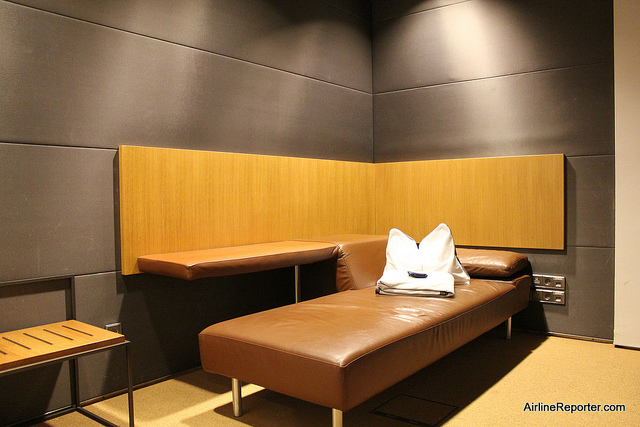 Want to get a little nap in during your layover -- no problem.

After having a few helpings of whiskey and finishing a cigar, one can get a little sleepy. Passengers are able to get a private room and catch a few z’s before their flight. 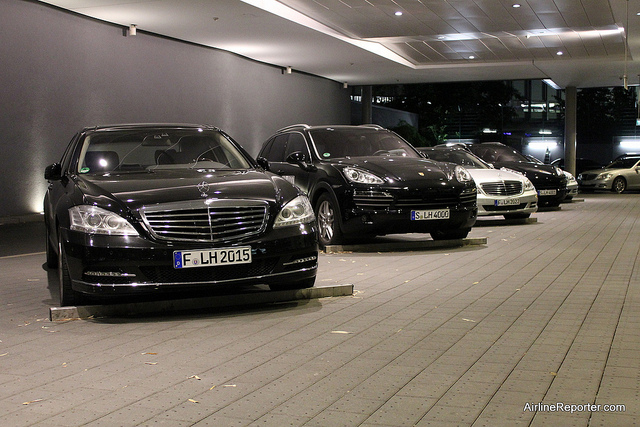 For someone who loves airlines and nice cars, this is the perfect blend.

Waiting at the gate, waiting for your row to be called is so for peons. When it is time to board your flight, someone will come get you and then you will be driven in either a Mercedes S500, Porsche Panamera or Porsche Cayenne. You will be chauffeured right to your plane where you can board to the first class cabin. That means you can make your own trip without even having to look at someone in business class, little alone economy. That is great for folks who want a little privacy.

For those select few who are able to use such an amenity, what a wonderful way to travel. For those who always say travelling is not what it used to be, this is a much better way to travel than it used to be, but it will just cost you a few bucks. For example, flying from New York to Frankfurt in Lufthansa first class will cost about $16,000.00 or Seattle to Frankfurt for about $20,000.00. But, of course if you have to ask how much it will cost, you probably can’t afford it.