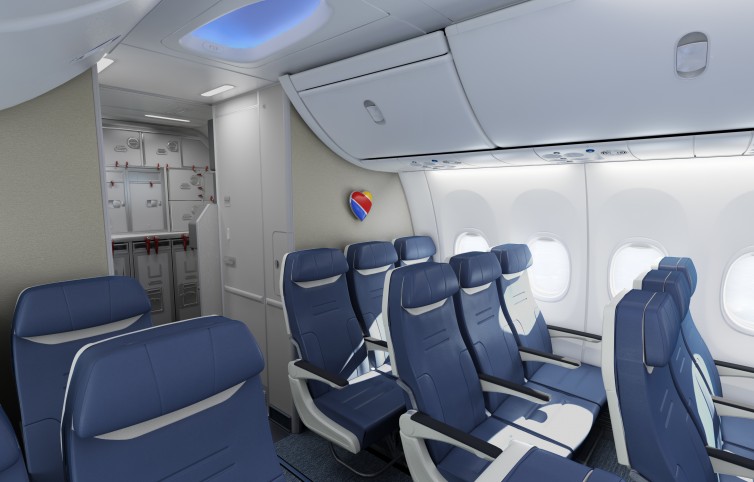 Mockup of how Southwest’s new seats will appear on the 737 MAX 8 aircraftÂ – Image:Â Southwest Airlines

I recently flew Southwest Airlines for the first time in a while. I love the airline, I love what they have done for domestic air travel in the US, and I love so many of the people who work there. But I do also LUV having a seat assignment — which you cannot get with Southwest. I feel there is much added stress having to check-in early, making sure you are in the right place in line at the gate, and the worst of all: not knowing where you will sit. However, I have spoken to so many huge fans of Southwest, that actually like the process (mainly my dad and JL).
If you have flown Southwest Airlines before, you probably know the drill. When you check in, beginning 24-hours before the flight, you will be given a letter (A, B, or C) followed byÂ a number between 1 and 60. A1 boards first, followed by the rest of the A group in numerical order. Â The process is repeated for the B and C groups. While the first fifteen seats are generally reserved for premium fare classes, frequent fliers, and paid upgrades, most positions are assigned in order of check-in time. End up in the C group, you will likely get a center seat (easy to remember – C for Center).