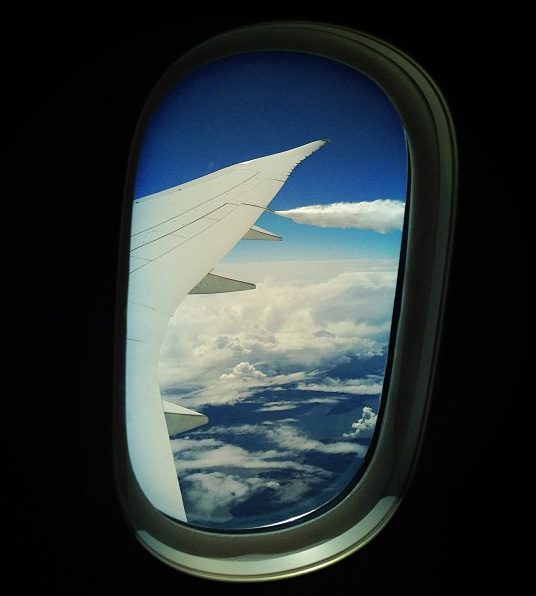 A photo taken from one of the passengers on the flight, Chris Seewald, was able to capture the Dreamliner dumping fuel before landing, which is standard procedure. Â Multiple reports from the ground show that United will be bringing in a replacement aircraft tonight and passengers will continue their flight to Japan tomorrow morning.

At 2:15pm on Tuesday 12th March, Boeing 747 Dreamlifter N718BA (operated by Atlas Air) took off from Paine Field heading towards Nagoya, Japan for a scheduled pick up of structures and assemblies for the 787 program.Â  Shortly after departure during the climb out process,Â  the Dreamlifter declared an emergency. 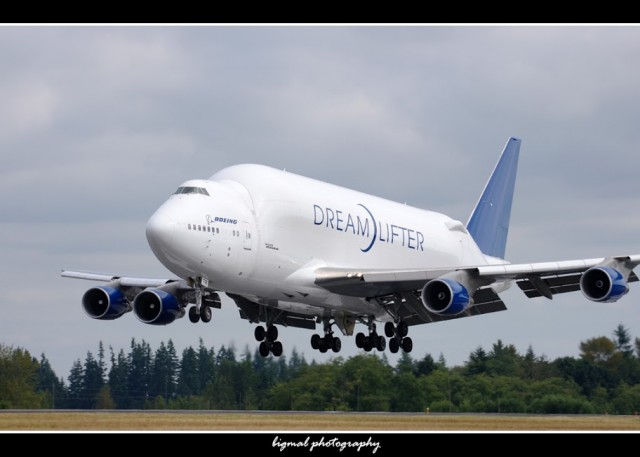 N718BA lands at Paine Field in Everett (not on the day in question) – Photo Mal Muir.

Doug Alder with Boeing communications told AirlineReporter.com, “Shortly after leaving Everett on a routine flight to Nagoya, Japan, the crew of a Boeing Dreamlifter received an indication of a potential problem with the hydraulic system. The crew made a decision to return to Paine Field in Everett. Following standard procedures, the crew dumped fuel to reach maximum landing weight.”

As you can see from the Flightaware logs there was a number of circuits done over the Puget Sound area while the aircraft was dumping fuel and then once at the safe landing weight, the Dreamlifter returned to Everett.

At Paine Field the Dreamlifter made a low pass so that Boeing & Paine Field staff could verify the landing gear had been properly deployed.Â  Once verified the Dreamlifter went back around again and landed safely.Â  After landing the aircraft started undergoing a safety inspection by Boeing.

The video above of the low pass and landing was taken from the Stratodeck by the Future of Flight. You can also check out KING5 News with additional photos and video of the incident.

The Dreamlifter landed safely on the ground, no one hurt or injured. Boeing confirmed that this is not the first time the Dreamlifter had to land prematurely. There have been other events like bird strikes or a cracked windscreen, which are seen in standard flight operations.

Just bad timing that a Dreamlifter had to make an emergency landing when the 787 Dreamliner just got word that it could start flying again.