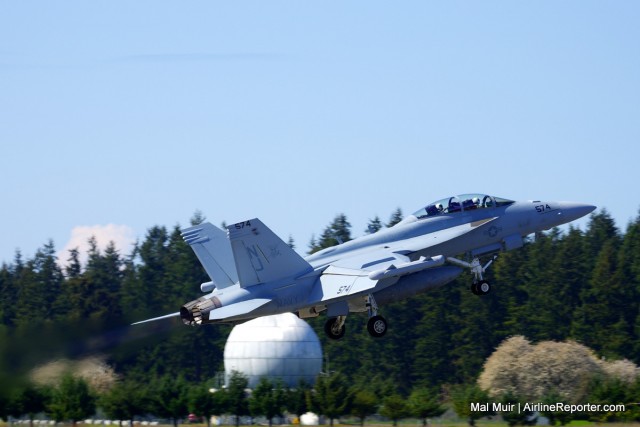 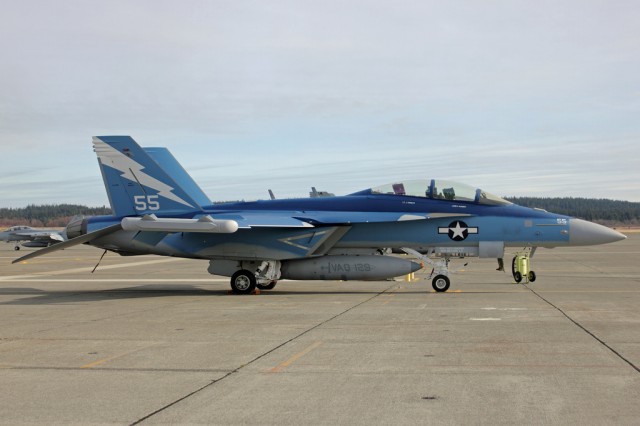 Thanks to a friend and local aviation photographer, a handful of us guys were able to take photos at Naval Air Station Whidbey Island. It was a treat to get some of the CAG birds, many of which have already been retired in the five weeks since we made the trek up north from the Portland area. I have it on pretty good hunch that they had us photograph those particular Prowlers for a reason. It was like saying goodbye to an old friend. But all good things eventually come to an end. For those of you who may not know, CAG birds are aircraft for a unit with special paint jobs, either on the entire aircraft itself or a special design on the tail. Typically, but not always, these aircraft are flown by the commander of the unit for which the aircraft belongs to. Similar terms for CAG birds include: â€œShow Birdâ€, â€œEaster Eggâ€, â€œBoss Machineâ€, and â€œHead Nutsâ€. 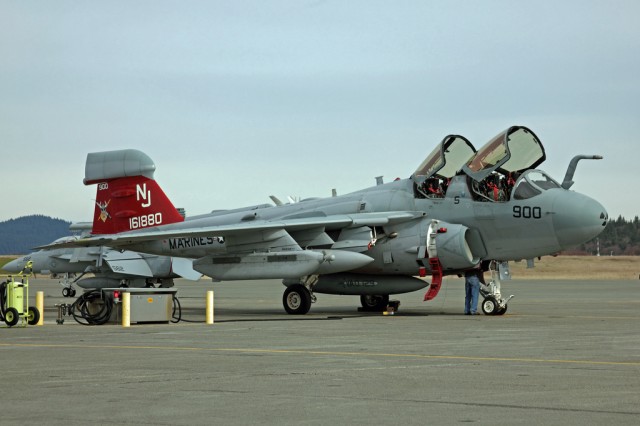 The United States Navy is slowly phasing out the EA-6B Prowlers in favor of the newer and more advanced EA-18G Growlers. The Prowlerâ€™s initial deployment was in 1972 in Asia. It also saw combat later during Operations Desert Storm and Iraqi Freedom. In 1994, it was selected to become the sole tactical radar support jammer for all services. Today, Prowler aircraft are a high-demand, low density military asset used quite heavily in the war on terrorism.

The new ICAP III System, first delivered in 2005, has performed beyond expectations in its combat deployments during Iraqi Freedom. However, the four-crew electronic attack aircraft (one pilot, three electronic countermeasures officers) are aging, and are less fuel economic than the newer Growlers. They canâ€™t keep getting repaired; therefore, it is necessary and feasible that they be replaced.

As capable as the Prowler is, the Growler is much newer and much more capable. The EA-18G Growlerâ€™s ALQ-218 wideband receiver and ALQ-99 tactical jamming system will be more effective in preventing ground-to-air attacks. Its Modular ALQ-227 Communication Countermeasure Set enables it to counter a wider range of communication systems and can readily adapt to current threats. 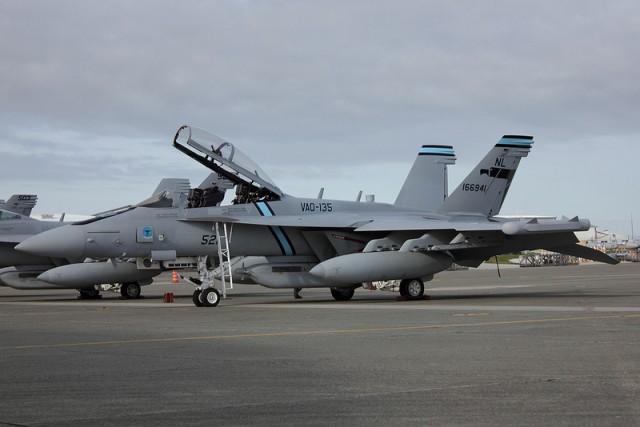 That being said, there is still a sense of nostalgia surrounding the Prowlers that will never go away. Those who view retired aircraft of the past with admiration, know what Iâ€™m talking about. The Prowler will soon be one of those many â€œold friendsâ€ that we will never get to see again in the same capacity that they can be seen now. It is one of those aircraft joining the ranks of â€œget them while you canâ€ that will soon be just another â€œairplane on a poleâ€ as so many aircraft have before.

Check out Alex’s 14 photos and five videos on the EA-18G Growler,Â  a nice close up of the Growler and 23 photos and one video of the EA-6B Prowler.