My 10-year-old son and I recently treatedÂ ourselvesÂ to an alternative from the usual routes over to Paris and Continental Europe. We’d done enough easyJet or British Airways hops on A319s and A320s, out of the various London airports, to merit trying something new. We therefore headed to the south coast to check out Flybe’s Bombardier Q400 Dash 8 that the airlineÂ deploys from Bournemouth (BOH) to Paris Charles de Gaulle (CDG). This was a day of firsts for us: the aircraft type, the airline, and the airport – kind of a “perfect storm” for an AvGeek. 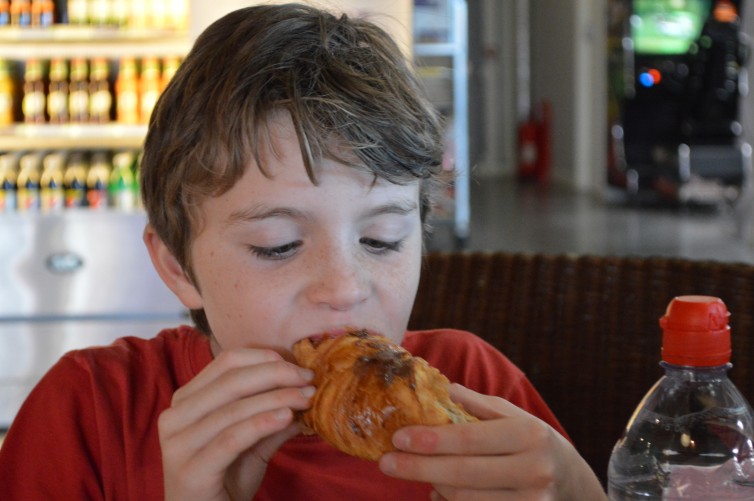 Part of the Manchester Airport Group of airports and with annual passenger volumes of approximately 662,000, BOH is a delightfully quiet place to jet (or, prop) off from for a few days. “Easy (Like Sunday Morning)” as the Commodores’ song goes, I don’t think I’ve ever been the only one in the security queue before or even the only one in duty free shop,Â much less the only one buying breakfast at BOH’s Olive Tree restaurant. Admittedly, we’d gotten to the airport that Sunday morning earlier than usual, but even when other passengers began to arrive the airport never lost its charm. It’s one of the few airports through which I’ve traveled without succumbing to any bouts of “airport brain.” So far, so good.