One lucky fish was donated by Ocean Beauty Seafood to be cooked up for Alaska Airline’s second annual Copper Chef Cook Off Competition. The large fish was carried off the plane by the captain and in the open market it would be worth about $1000.

Three Seattle area restaurants, Anthony’s, Elliott’s Oyster House and SkyCity at the Needle, did their best to wow the VIP judges. At the judging table were Jay Buhner, Seattle Mariner Hall of Famer, Mike Fourtner, deckhand on the F/V Time Bandit on the Discovery Channel’s “The Deadliest Catch” and Joe Sprague, Alaska Airlines’ vice president of marketing. 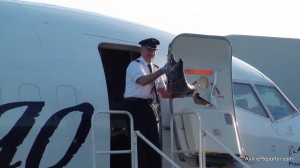 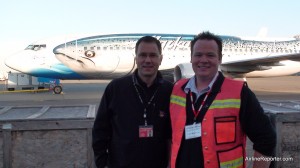 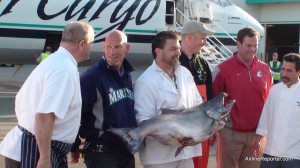