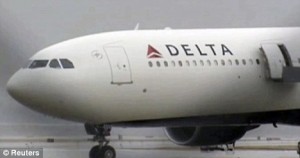 It was lucky that the bomb didn’t go off on Delta Airlines Flight 253 by the so-called Christmas bomber. However recent research shows that the Airbus A330 with 278 might have been able to land, if the bomb had detonated.

BBC News did some research with a Boeing 747 that showed that flight 253’s  fuselage most likely would not have broken and it should have been able to land safely. The testing shows the bomber, Umar Farouk Abdulmutallab, and the passenger next to him would have most likely been killed, making it still a very horrific event. The explosion would cause injuries to passengers, smoke and chaos, but the plane would have still been able to land completely intact.