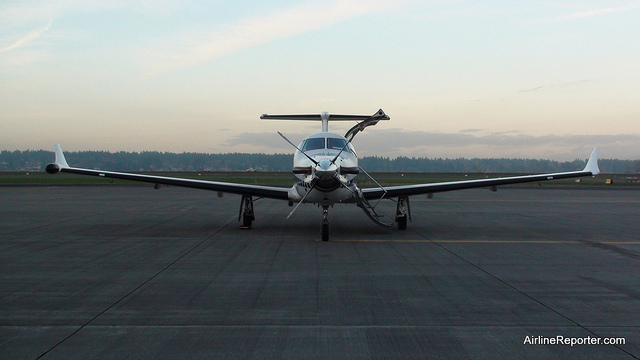 The more hours you have in your logbook, the cleaner your shirt is. By the time a pilot gets to the captain’s seat at a commercial airline, he or she has spent years wearing a white shirt while doing blue collar work, but their passengers will never know to what extent. Blue collar is not the image the public sees. What they see is a white uniform shirt with icons and symbolism dripping from the pilot’s shoulders and chest announcing experience, but it really represents the unglamorous hours spent behind the scenes, drenched in fuel, coffee, oil, and blue juice.

From the first flight lesson to pre-flighting a heavy, pilots get used to wearing (and avoiding) petroleum products. Sumping fuel tanks, wiping dripping brakes, checking hydraulic and oil levels, and brushing up against leading edges smashed with bug guts all while keeping a white shirt clean is a learned talent; by the time pilots start flying corporate, they have it perfected.

Corporate passengers don’t realize that it’s sometimes one of the pilots who had to jump on a tug and move the aircraft out of the hangar onto the ramp. In the winter, pilots have also shoveled and plowed snow in front of the hangar. Then, the pilots have not only pre-flighted and prepped the aircraft, checked the weather, filed a flight plan, made the coffee, loaded the ice, soda, snacks, newspaper, magazines, and catering, but they’ve also cleaned the wastebaskets, checked the lavatory blue juice levels, and made sure there was enough toilet paper. Very glamorous.