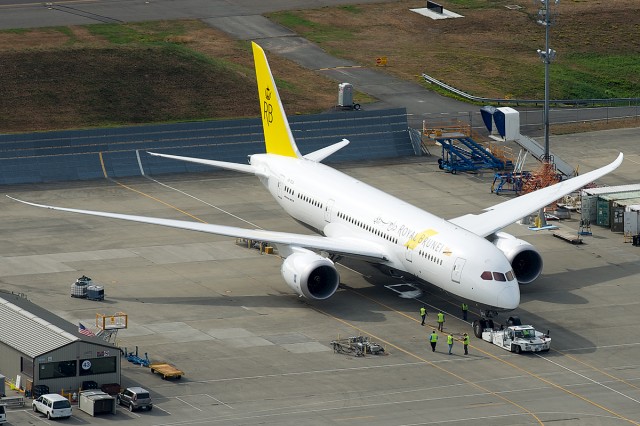 A new 787-8 rolled out of the Boeing Everett paint hangar recently that represented two new milestones – the aircraft is the first 787 headed to southeast Asia, and first delivered to Royal Brunei Airlines (RBA). Â Even better, it’s the first Boeing jet to sport RBAâ€™s new livery.

Royal Brunei, based in the small southeast-Asian Sultanate of Brunei, has been around for quite some time. The airline formed in 1974 with a fleet of two Boeing 737-200s serving the surrounding region (Singapore, Hong Kong, Malaysia). Â As the airline expanded over time, so did the size of aircraft that they operated. Â They now run a regional Airbus A320-family fleet and a long-haul fleet of ex-Singapore Airlines Boeing 777-200ERs. But soon they will be adding the 787 Dreamliner to their fleet.