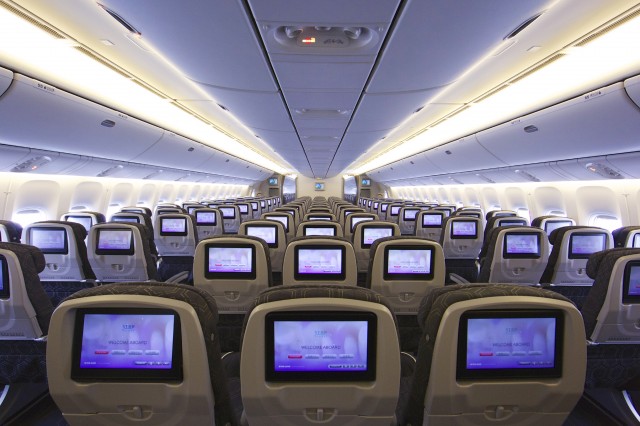 You’ve really got to hand it to our friends over at Runway Girl Network. Earlier in the week, I read an article by Gavin Werbeloff that made me shout gleefully (something a lot more impolite than “YES! This man is correct! Give him cookies and accolades!”) I actually shouted it out loud and confused my wife.

Regardless, it sparked my creativity. I’m leading up to a point here- so do bear with me.

It seems to meÂ that the industry gets obsessed with fads. I’m so old that the fad I was beginning to notice was going 10Y on 777s. The thing is, I never saw it as a move purely designed to increase unit revenue while decreasing unit cost. I always saw it as a way of psychological warfare directed at frequent flyers. As aÂ professor drilled into my skull, it’s an airline’s duty to extract as much money from each customer as possible.

Frequent flyers often fly on someone else’s money – part of me honestly believes that making economy into an insufferable torture space was designed to increase premium revenues by inciting revolts within corporate middle-management to force the purchase of premium economy or higher fares. It never happened, but the results are the same. Economy cabins are denser and more miserable than ever.