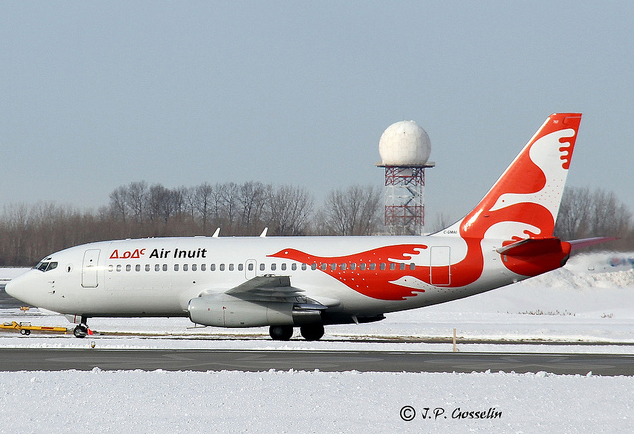 Air Inuit was founded inÂ NovemberÂ 1978 and is based in Dorval, Quebec, Canada. The airline operates north — way north into Nunavik and Nunavut. Many of their destinations areÂ isolatedÂ and cut off from the rest of the world. The airline becomes anÂ integralÂ part of many communities being able to survive.

Today, Air Inuit operates a diverse fleet of older aircraft including the: DHC6 Twin Otter, Avro 748, Boeing 737-200 combiÂ (be sure to catch the gravel deflector on the front landing gear), Dash 8 and King Air.

Edit: Thanks to reader Ken Fielding for pointing out the gravel deflector not being a ski, “Airlines operating regularly into gravel strips, as Air Inuit do, fit them to stop the nosewheel kicking up stones which can be ingested byÂ the engines.Â  Quite a few MD-80’s had them fitted too for the same reason.”