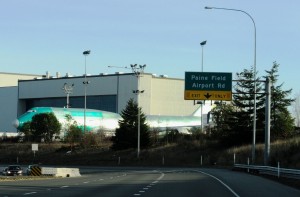 Today the third (although it was the second one made) Boeing 747-8 Freighter (N5017Q)Â took to the sky. The first flew on February 8th and the second just took off on March 14th. I missed the second take off, but was able to make it to the Future of Flight to see RC521 take to the skies earlier today.

At the time of posting this, the 747-8 did a loop over the OlympicÂ PeninsulaÂ and now is headed towards Moses Lake, WA. When watching the video, be sure to hear all the frek’n frogs that were croaking by the Future of Flight.

CHECK OUT MY PHOTOS FROM TODAY’S FLIGHT