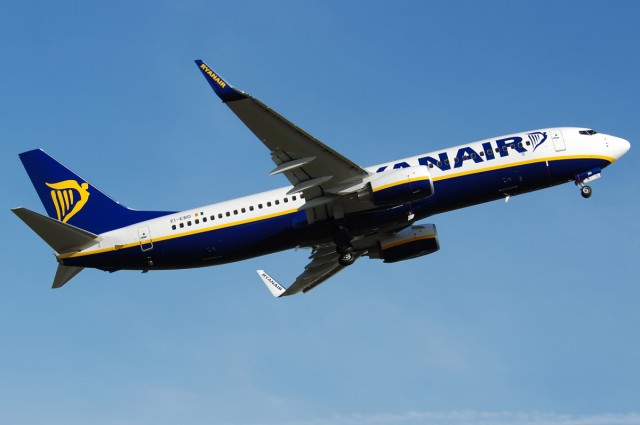 A little after 5:00am EST this morning, Boeing let the cat out of the bag: Ryanair is set to order 175 Boeing 737-800’s, which is the largest Boeing airplane order in Europe to date. Although an impressive order, the news was surely not breaking, since rumors of the order have been circulating for a while.

“This agreement is an amazing testament to the value that the Next-Generation 737 brings to Ryanair,” said Boeing Commercial Airplanes President & CEO Ray Conner. “We are pleased that the Next-Generation 737, as the most efficient, most reliable large single-aisle airplane flying today, has been and will continue to be the cornerstone of the Ryanair fleet. Our partnership with this great European low-cost carrier is of the utmost importance to everyone at The Boeing Company and I could not be more proud to see it extended for years to come.”

Currently, Ryanair operates a fleet of over 300 737-800’s and it is expected that these new aircraft will help them expand their operations. When asked if Michael O’Leary, the CEO of Ryanair, if there were plans for long haul operations, he stated, “I don’t see an opportunity for the next two to three years.” In proper O’Leary style (who is not known to act like your typical CEO), stated that he was, “drunk at the time,” when asked how much he spent on the price of the aircraft.

When O’Leary was asked why New York City was chosen as the location of the announcement, he jokingly replied it was to help divert attention from the 787 within the US. He then clarified that about 50% of the airline’s shareholders are located on the east coast of the US. O’Leary stated he was planning on attending a few shareholder meetings to assure folks that the airline is not planing to start growing like “gangbusters,” and that they plan to have a more controlled growth.

This order also means that the Boeing 737NG will continue to be produced next to the 737 MAX for quite sometime. “As today’s announcement demonstrates, there is still significant demand for the Next-Generation 737,” Linda Lee, 737 Program Communications explained to AirlineReporter.com. “This demand is the reason we decided to boost production rates to 42 per month starting the 2nd quarter of 2014.”

Yesterday, Boeing had sent out notification of the announcement today and there was quite a bit of speculation, but now we know. We were hoping for something a bit more glitzy. I mean even, seeing the Ryanair logo on the new MAX winglet would be more exciting. I guess overall this is good news for both Boeing and Airbus right? Where an order for 175 airplanes from one airline just isn’t as exciting as it used to be?