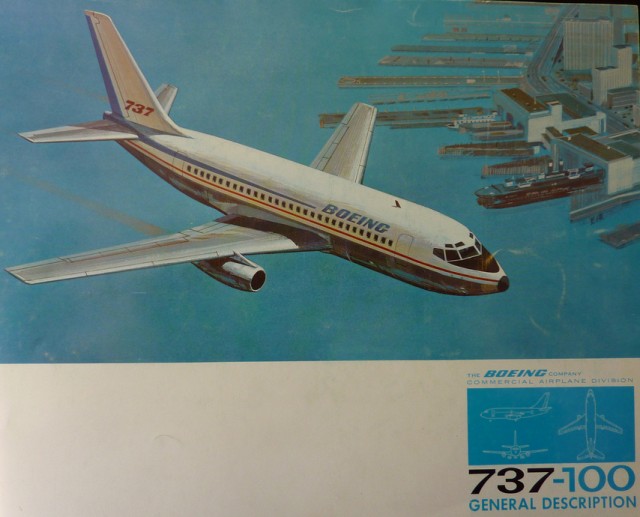 The Boeing 737 is the best selling airliner ever built. With hindsight it is easy to see this was going to be a successful jet airliner, but at the time, Boeing already had the larger 707 and Â 727 and it was not certain that the 737 was going to be successful. Boeing felt there was a market for shorter routes to have jet service and airlines were looking to replace props. Â Boeing needed to sell the new 737 to airlines and in 1965 made a marketing brochure that I wanted to share. Lucky for us,Â Gordon Werner was able to get a hold of one of these books and put it up on Flickr. TheÂ brochure is 40 pages, but I wanted to share some gems. 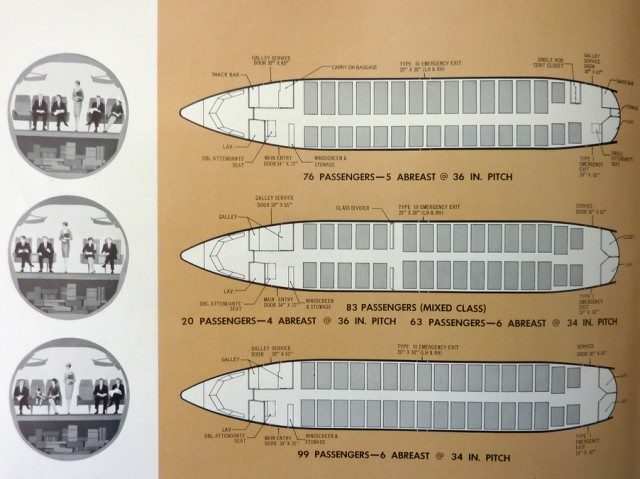 Boeing showed potential airline customers how they could configure the 737 in 6, 5 or 4 abreast seating.

From the brochure, “Now, the 737 offers the public jet speed, comfort, and convenience on routes as short as 100 miles.” 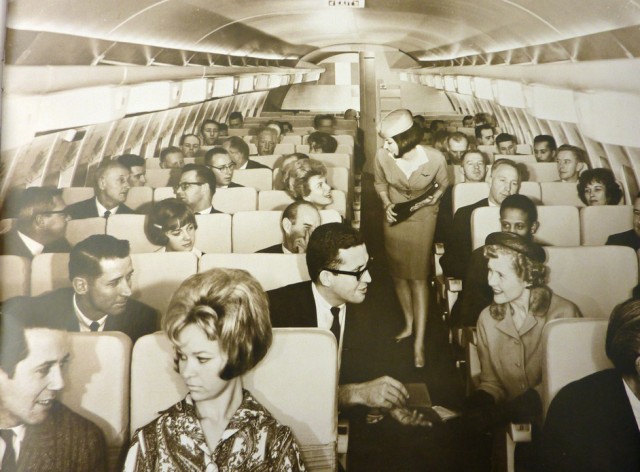 The 737-100 first rolled out on January 17, 1967 and was delivered to Lufthansa Airlines on December 28, 1967. This particular model was only built until 1973, but obviously other models are still being produced today. The Boeing 737 lineage will continue with the introduction of the new MAXÂ variants.

The brochure states, “The 737 fills out Boeing’s family of jetliners specificaly designed to serve a variety of markets. In the mid-1950’s the popular 707 concentrated on the continental markt and longer routes with one stop. Later the 707-320 and -320B extended the nonstop range to 6000 miles… Now the 737 offers the public jet speed, comfort, and conveniene on routes as short as 100 miles. Fully certificated 737’s scheduled for delivery beginning in late 1967 offer attractive profit potentials. Boeing jets have proved profitable in the past. The 737 will pay off in the future.” 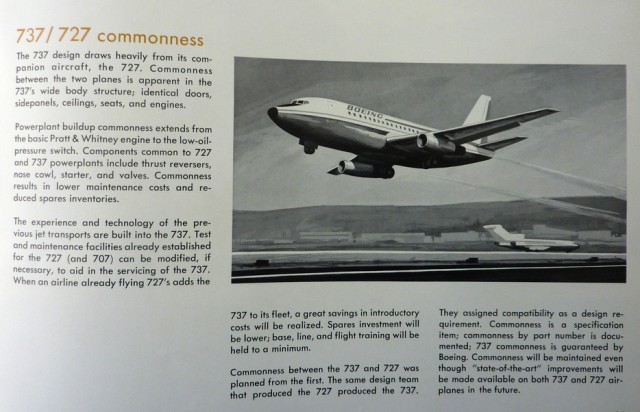 If you have some time to burn today, make sure to look through each of theÂ 40 pages on the Boeing 737-100 brochure and share some of the more interesting things you find in the comments. A big thanks to Gordon for putting these online and allowing me to share.