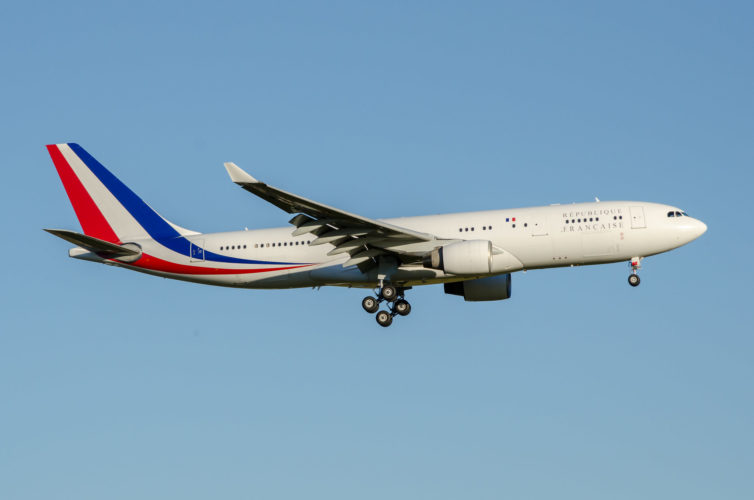 Not too surprising that the French President would fly on an Airbus — an A330-200 to be exact. The government has a number of transport airplanes, including the A310 and A340 – Photo: Jason Rabinowitz