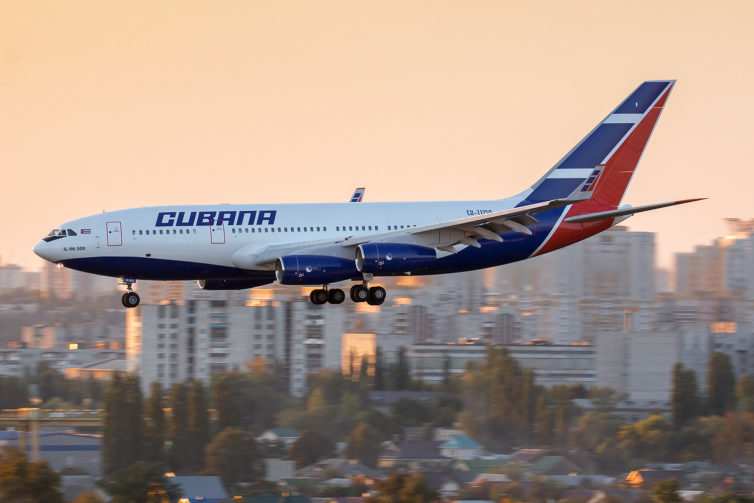 As an AvGeek, having the choice to fly either the Il-96 or Il-62 is a win/win. That is what the Cuban President gets, pulling from Cubana’s fleet – Photo: Dmitry Terekhov | FlickrCC