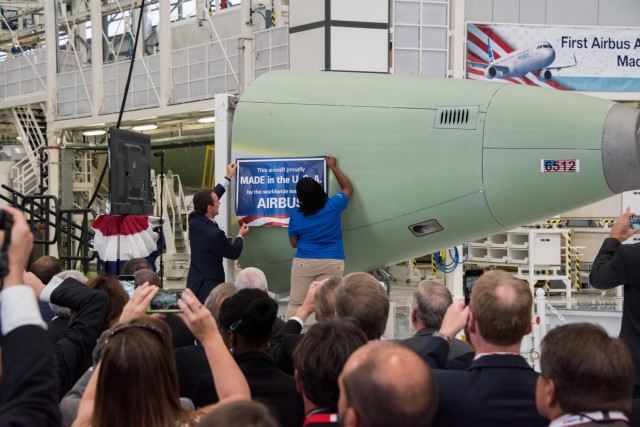 Airbus President and CEO Fabrice BrÃ©gier helped with the placement of a ceremonial placard on a component of the first aircraft to be produced in Mobile, Alabama â€“ which reads: â€œThis aircraft proudly made in the U.S.A. by the worldwide team from Airbusâ€ – Photo: Airbus