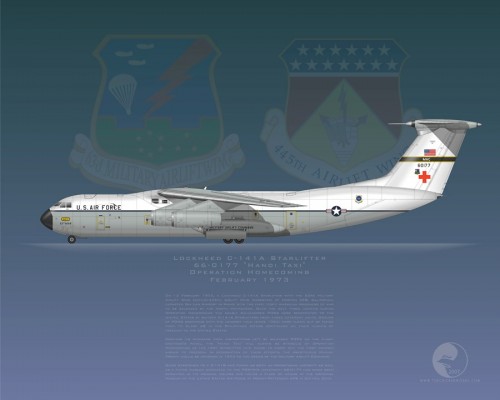 This Lockheed C-141A Starlifter is 66-0177 “Hanoi Taxi” as she looked in February 1973 when she flew the first group of freed POWs out of North Vietnam. She was later modified to the stretched C-141B but before retirement to the USAF Museum was repainted in the old MAC-white top scheme. Despite flying regular missions, she held a special place in the USAF fleet and each crew that operated 66-0177 saw to it that their aircraft’s historical legacy was never forgotten.