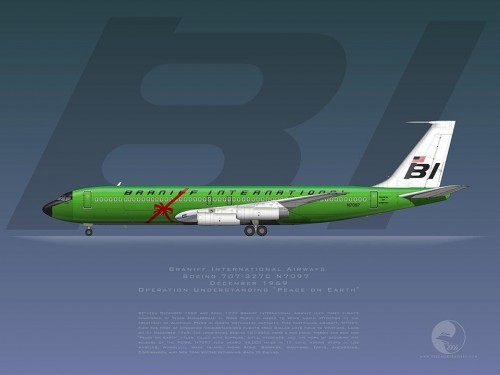 Between December 1969 and April 1970, H. Ross Perot chartered three Braniff International flights to bring international attention to the plight of the American POWs held by North Vietnam. The first of the three flights of â€œOperation Understandingâ€ used N7907 for a Christmas flight to Southeast Asia via several stops on a twelve day tour to bring gifts for the POWs. The Boeing 707-320C had a ribbon decal applied at Dallas Love Field and â€œPeace on Earthâ€ titles by the aft passenger door for the flight. The decal unfortunately peeled off on takeoff from Dallas.