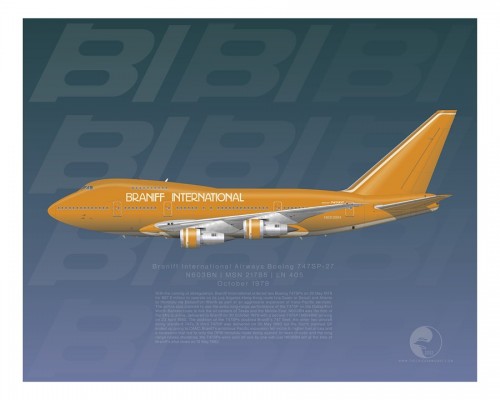 N603BN was Braniff International’s first Boeing 747SP- the airline had ordered them in anticipation of nonstop route authorities between DFW and the Middle East. The services were never approved and interestingly North Texas would have to wait until the inauguration of Emirates’ 777-200LR services from Dubai a few years ago before we got the nonstop services to the Mideast that Braniff had long sought.