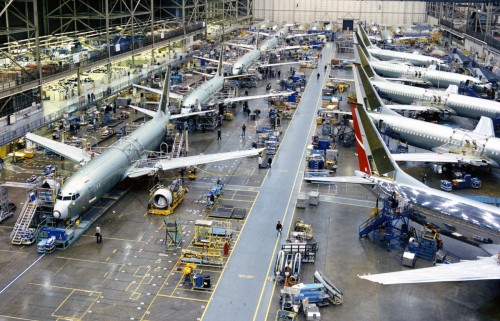 The moving assembly line at Renton at the time of its opening in 2002 appears left-of-frame. The original static assembly line on the right side of the frame provides a fascinating contrast.
Image Courtesy: Boeing