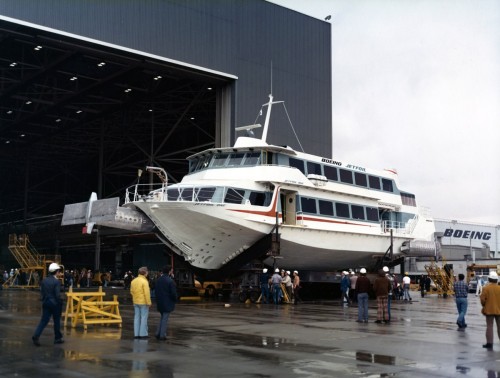 Planes weren’t the only thing built at Renton. Boeing launched three Jetfoil 929-100 hydrofoils that were acquired in 1975 for service in the Hawaiian Islands. When the service ended in 1979 the three hydrofoils were acquired by Far East Hydrofoil for service between Hong Kong and Macau.
Image courtesy: Boeing