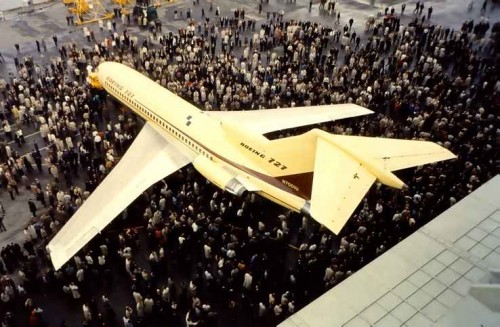 On November 27, 1962, Boeing rolled out the prototype of the Boeing 727 trijet at Renon. The 727 would become one of the most successful jet airliners of all time, until first eclipsed by 737. Production ended in 1984 with the last passenger delivery in 1983 to USAirways.
Image courtesy: Boeing