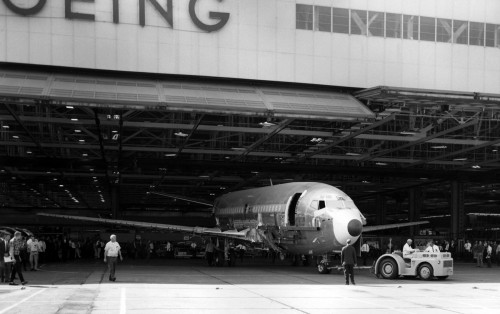 The prototype Boeing 737 rolls out of the original factory adjacent to Boeing Field. The factory wasn’t tall enough so the tail had to be attached after each one rolled out. At the time, Renton was at capacity with the 707 and 727 production. After 271 aircraft, production was moved to Renton in late 1970. This coincided with an aircraft production slow-down due to the recession of the early 1970s.
Image courtesy: Boeing