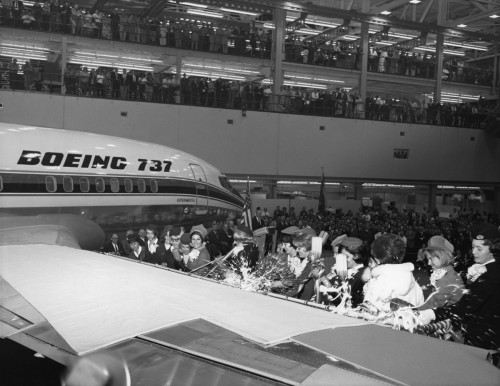 The original Boeing 737 prototype is given a champagne christening during the January 17, 1967 roll out event by flight attendants representing the aircraft’s customers.
Image courtesy: Boeing

My dad was there, he was the only Boeing Tech Rep in Alaska for Wien Consolidated for 13 years. We were a Boeing family for 36 years, still are!