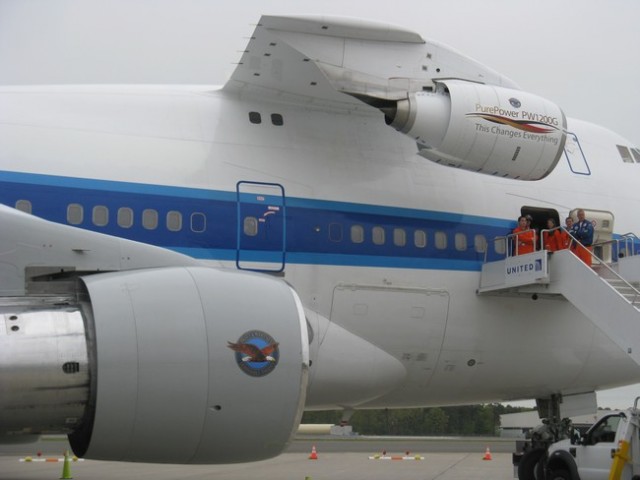 Ah yes, Another five-engined 747! I’d like to see a lot more pix of this arrangement, but those available are pretty good. What a great way to test a new (and much smaller) engine, even though turning/burning the other four costs P&W a small fortune. Without a doubt, the 747SP is an ideal test platform.

Every time I hear “golden age” I want to kick a cat–thanks for reminding everyone how ‘great’ it really was.

I am always happy to help cats from being kicked 🙂