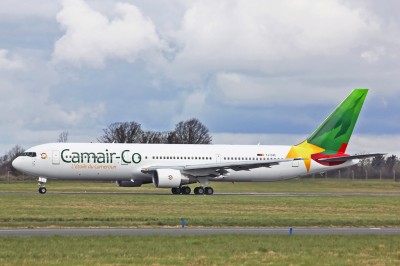 Camair Version 1.0 was founded in 1971 and was headquartered out of Douala, Cameroon. The airline was owned 96.43% by the Cameroon Government and 3.57% by Air France. The airline had difficulty and stopped service in 2008.

The new airline was created by a decree of the President and he hopes it becomes an inspiration to other airlines in Africa. The new airline has a much cleaner livery than the old Camair livery. Although I am a fan of the classic cheat-line look, the Euro-white body with colorful tail always looks good.

https://www.airlinereporter.com
Video: Cookie Monster and the New United Livery – Which one does not belong?
Like Planes? Like Cars? Check out this BMW 5-Series Commercial with a Boeing KC-135
3 Comments

I like the colorful tail and contrast with the white belly. Another happy Boeing customer.

I love the new Livery! Now if we could get new planes to with it…