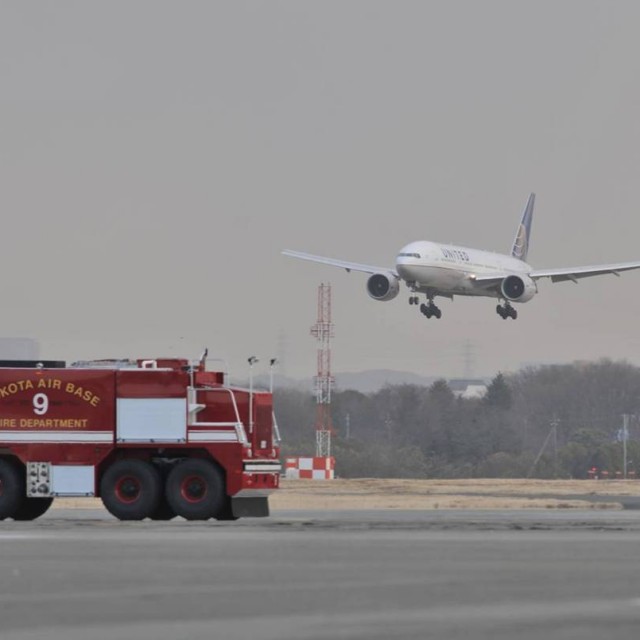 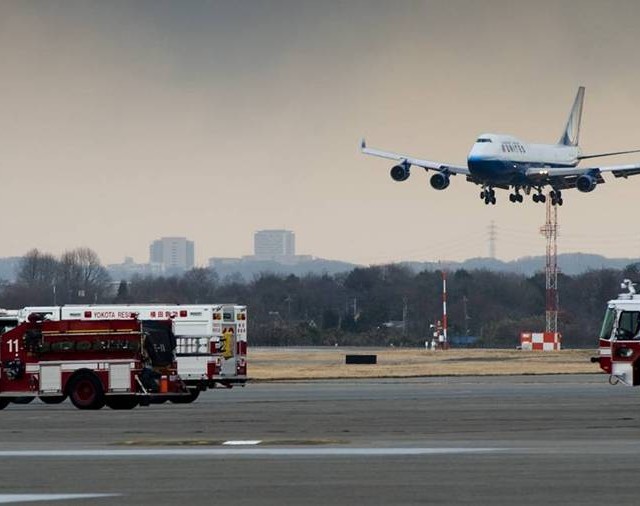 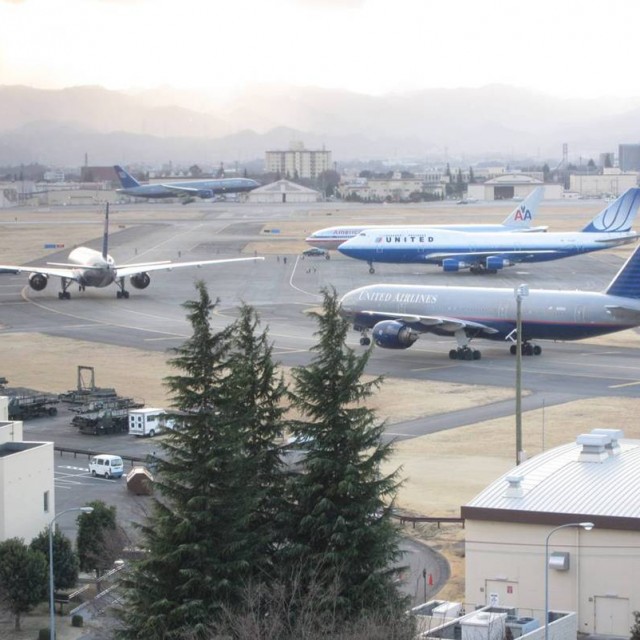 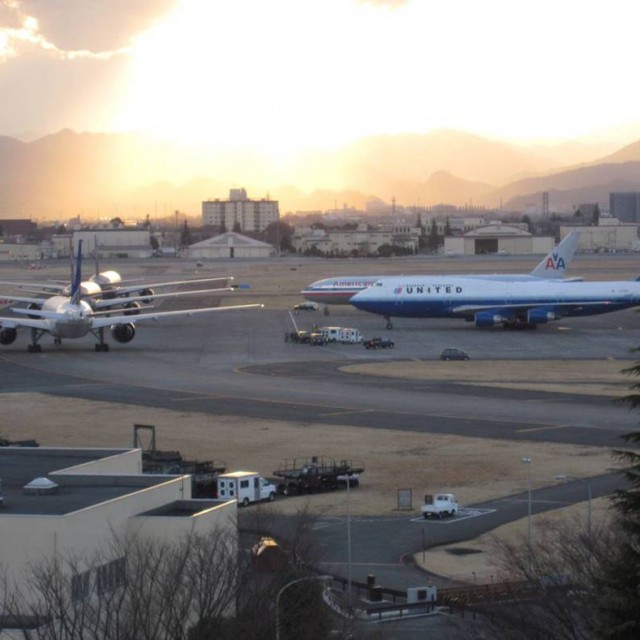 A United Boeing 747-400 and American Airlines Boeing 777 sit while other aircraft start to line up.

These four photos were sent to me of different US Airlines being diverted to Yokota Air Base which were bound for Narita in Tokyo Japan. The airbase took 11 inbound flights and over 500 passengers. Col. Otto Feather, commander of the 374th Airlift Wing at the base, told NextGov.com that the, “entire Yokota community — including the Red Cross and the Boy Scouts — turned out to care for the stranded passengers from United and Delta airlines, among others.” Check out a video of the air base helping all their short-term guests.

According to the Wall Street Journal, all All Nippon Airways (ANA) and Japan Airlines (JAL) flights are canceled at least through Saturday.

I am in the process of trying to find out who took these photos to give proper credit.

https://www.airlinereporter.com
FAA Orders Airlines to Remove Oxygen Tanks due to Safety Concerns
VIDEO: A Look at Boeing Planes Never Made in the Archive
4 Comments

Yeah Yokota AB! I lived there back in the 80’s when my dad was in the Air Force! Still looks the same after 25 years!