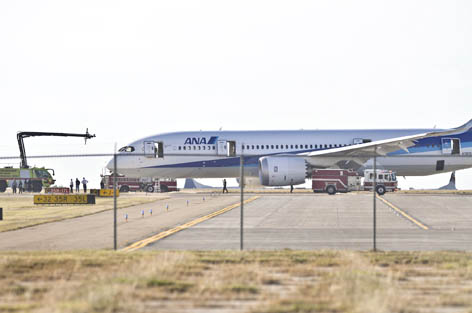 Firefighters and airport officials investigate the scene of an incident involving a Boeing 787 jetliner at the Laredo International Airport Tuesday, Nov. 9, 2010 in Laredo, Texas. The plane made an emergency landing during a test flight Tuesday after smoke was detected in the main cabin. The plane landed safely and the crew was evacuated. (AP Photo/The Laredo Morning Times, Ricardo Santos)