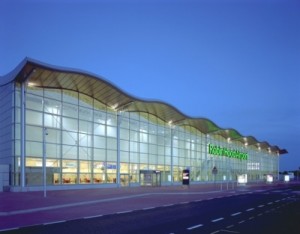 I think we should look at both sides of this issue: Threatening to blow up Robin Hood airport on Twitter and the person”s subsequent arrest in England.

On the one hand, making a public statement involving ”blowing up an airport” is a stupid and careless thing to do. We should be taken to task for publicly uttering stupid and scary threats, but is arrest and job loss not going too far assuming there is no substance to the remark? On the other hand, individuals using social networks do so for a great many purposes. What if, for example, a desperate person who is slipping into some form of mental illness knows no other way than to ask for help in a stupid and careless way? If the illness ultimately resulted in the person causing death and destruction at an airport, would you like to be in the position of the police who when asked about the remark after the incident, said they dismissed it as simply stupid and careless and hence ignored it?

The bottom line is that today”s authorities have no tolerance for threats of this kind in any circumstance or forum and must investigate them all. A word to the wise would be to keep your frustrated twitters to yourself and save the police unnecessary work.