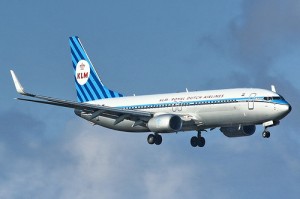 Someone recently sent me a picture of a KLM plane next to them and it was one I haven’t seen before. After a little research I found out it was made to celebrate KLM’s 90th birthday that was this October. KLM is the oldest airline still operating under its original name.

Thanks Evonne for the tip!