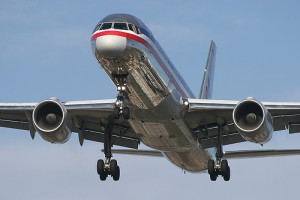 Last Friday, American Airlines flight 414 from San Diego, CA to Dallas, TX made an emergency landing at LAX after passengers reported hearing odd noises and seeing pieces of the right wing falling off. The emergency was declared after the aircraft had already reached 29,000 feet.

The Boeing 757 safely landed at LAX. The ground crew found that lamination on the wing had come off. The 194 passengers aboard were placed on another flight and no injuries were reported.

that’s just G R E A T!!! Is this a problem with American’s maintenance or a Boeing problem?

I would imagine the fault will lie with American. Even if this would turn out to become a common issue with other B757’s, American is still responsible for checking their aircraft before flight!