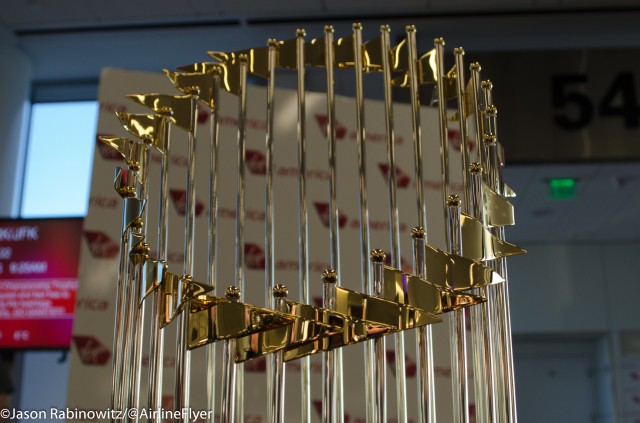 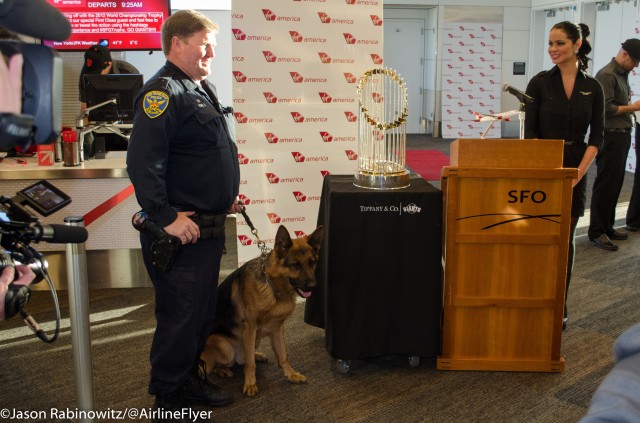 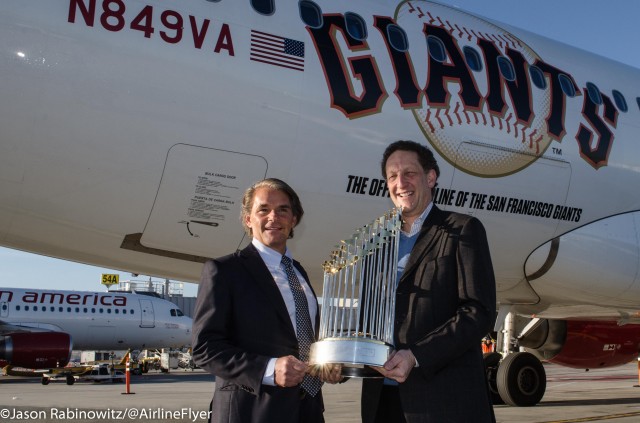 The ride from San Francisco to New York was no ordinary Virgin America aircraft, of course. The flight was operated on the Airbus A320 officially named ’œFly Bye Baby,’ or as it is more commonly known, ’œThe Beard.’

This particular A320 (N849VA) has a large San Francisco Giants logo on either side, as well as a painted on beard on the nose. Originally inspired by Giants closing pitcher Brian Wilson, who is no longer with the team, ’œThe Beard’ definitely stands out from the rest of the Virgin fleet. 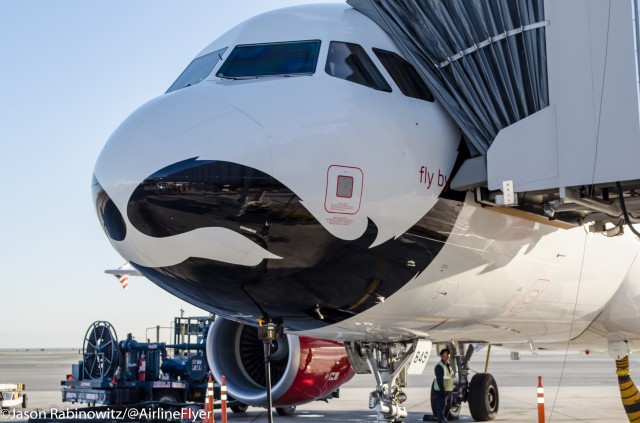 When asked about the Giants partnership with Virgin America, Mr. Baer had nothing but great things to say. ’œI can’t imagine a better airline partner than Virgin America,’ said Baer. Interestingly, he told me that before partnering with Virgin, the team was in talks to become partners with United, who has a very heavy presence in San Francisco. During talks with United, Virgin approached the Giants, and the rest is history. 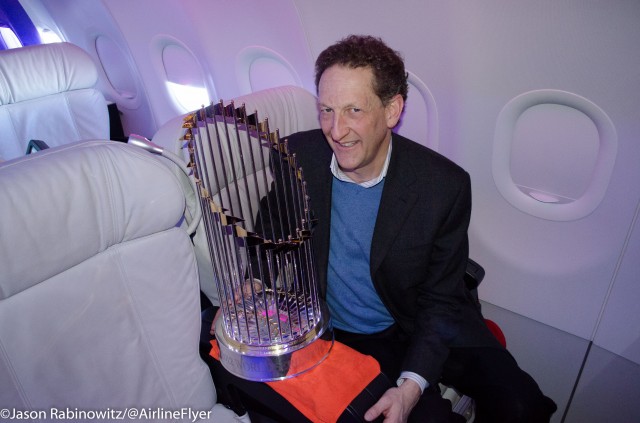 Along the transcontinental journey, a few more events were held to celebrate the trophy’s journey. Mr. Baer and the Giants social media team held a ’œTwitter chat,’ utilizing the aircraft’s Gogo wifi system. Shortly after, the flight crew held a Giants trivia contest over the PA, but with an interesting twist. Instead of raising their hand, or simply shouting out answers, passengers had to use the in-flight entertainment system to answer. Using the tethered remote, passengers logged into the systems chat room, and whoever answered first was the winner. Those who won were brought up to the first class cabin to take pictures with the trophy. 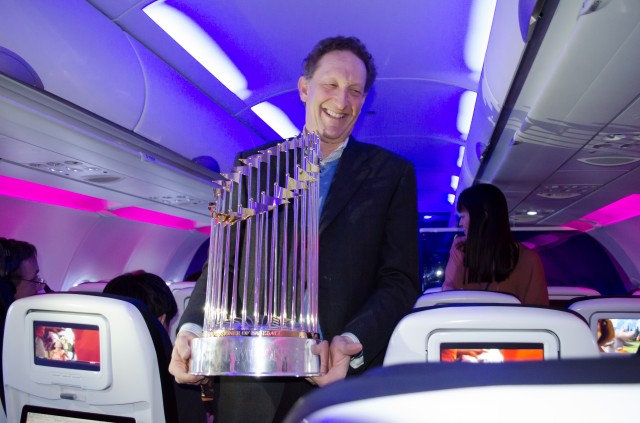 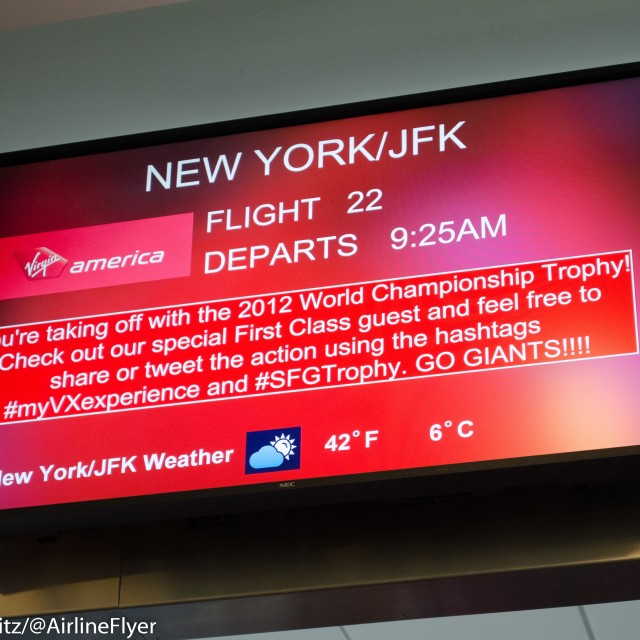 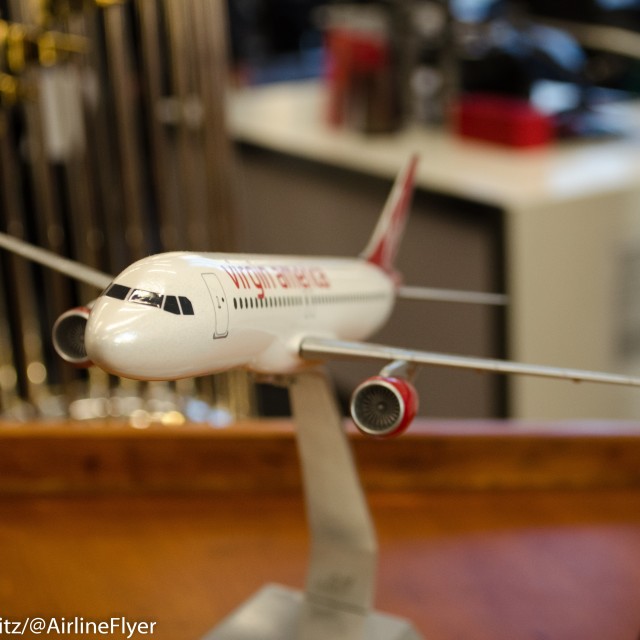 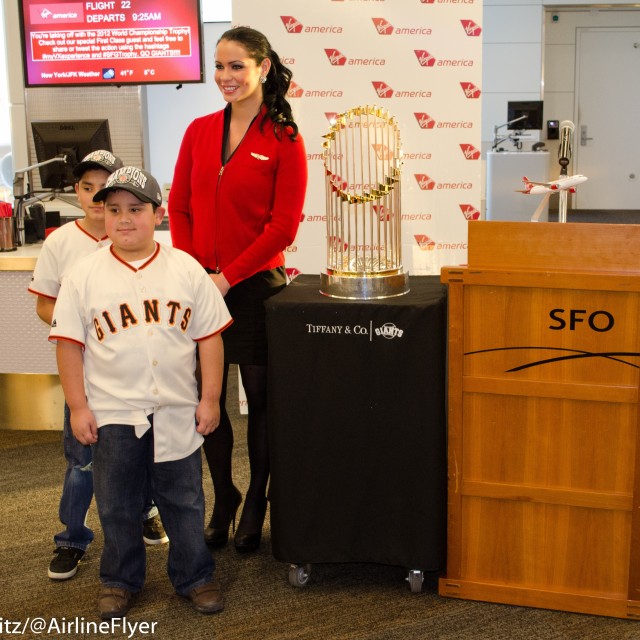 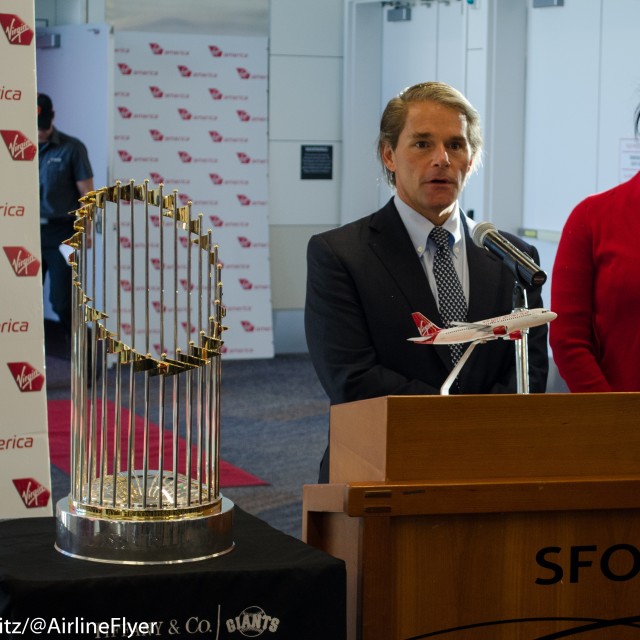 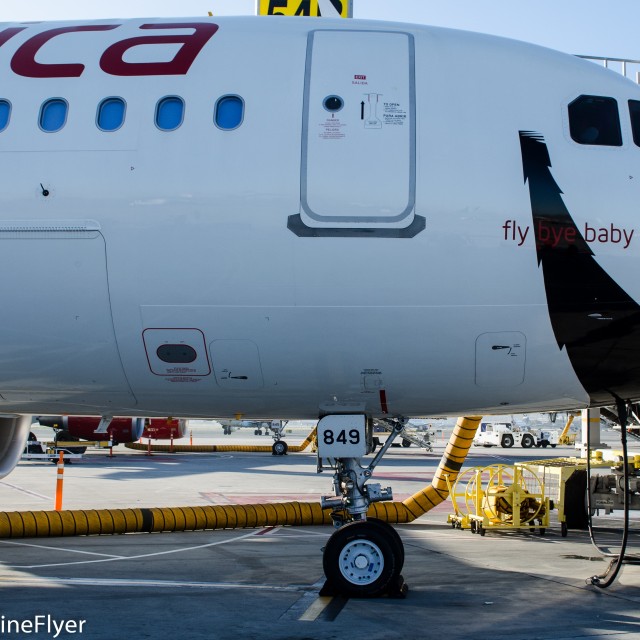 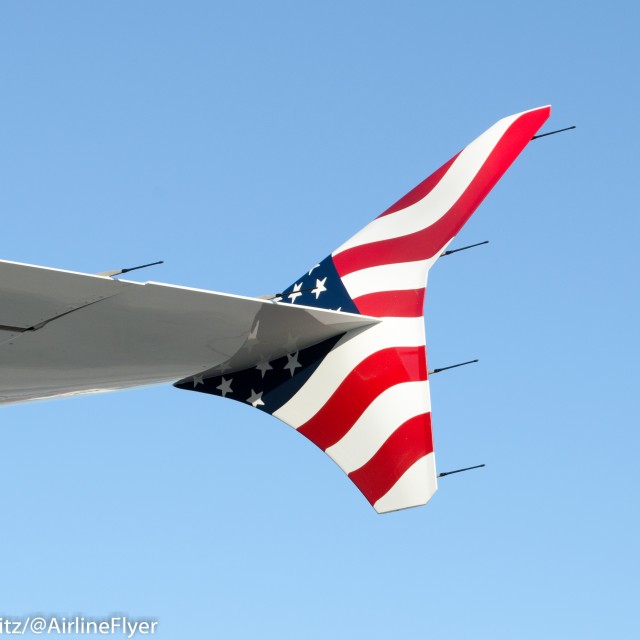 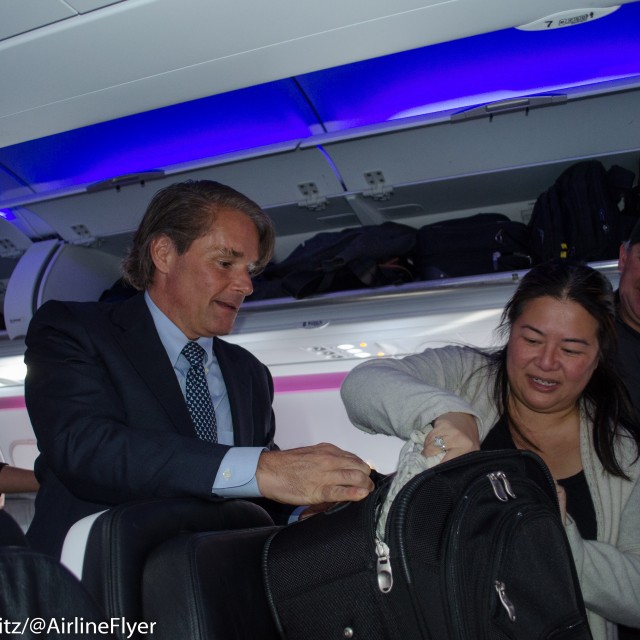 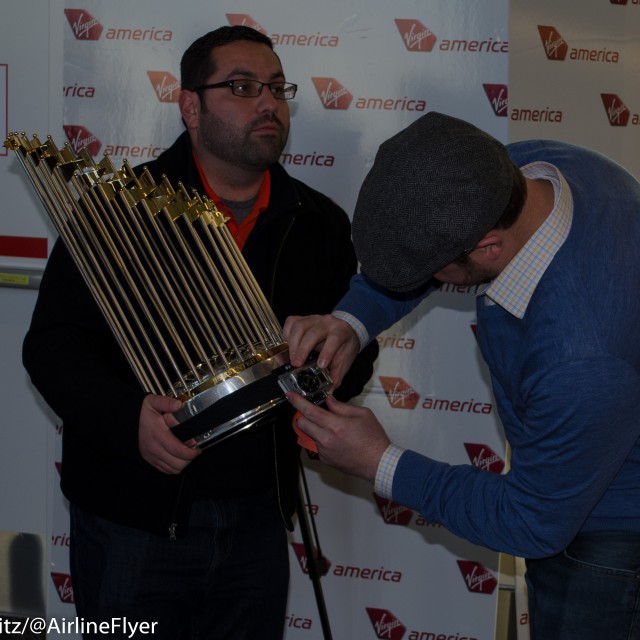