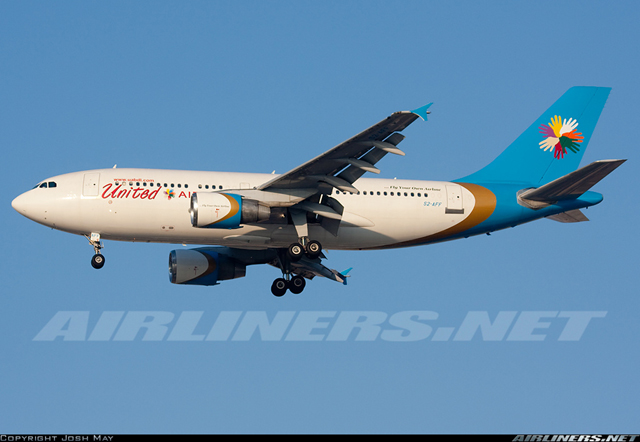 United Airways Airbus A310 with a clear "United" on the left side.

In 2005, while United Airlines was still a large airline, another airline was started in Bangladesh. When starting a new airline, there are a lot of choices when coming up with a name. Many people like to add the word “Air” to the location that the airline is based and call it a day. Unfortunately Air Bangladesh was an airline just going out of business at the time, so now what? United Airways!

For some reason this new airline decided to go with a name that sounds mighty familiar: United Airways. Just try to Google the airline’s website — even with quotes around United Airways gets me nothing. All that comes up is United Airlines. To finally find the website you have to search “United Airways Bangladesh” to get to their site.