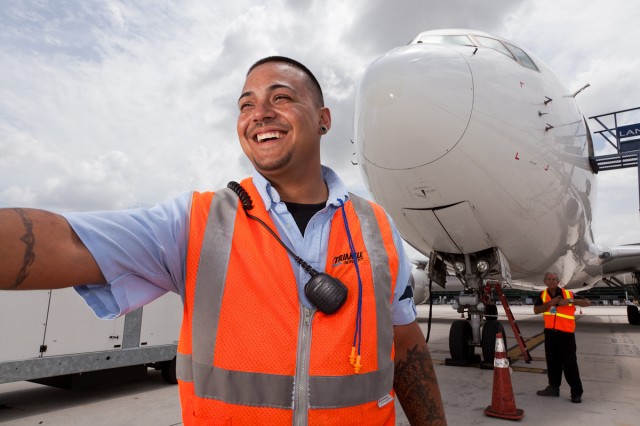 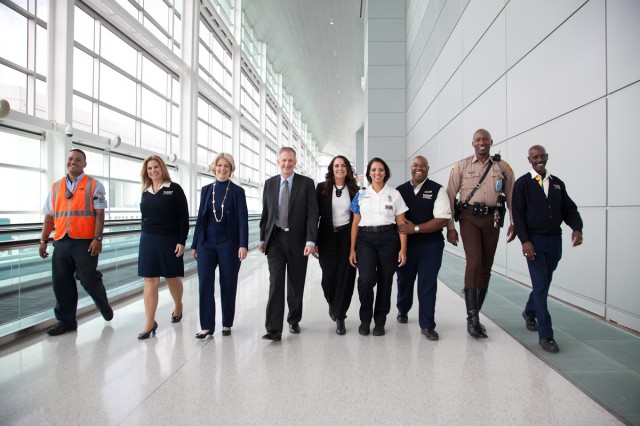 AirlineReporter (AR): Wasn’t there another show like this previous?
Chris Sloan (CS): There was a BBC show called “Airport” that ran from 1996-2004. It was a tremendous hit, a top 20 show in the UK. Some airport and airline officials even became national stars. There was a recent show that followed Southwest Airlines on TLC as well, but it was focused on 1 airline’s ground and terminal staff at different airports around the Southwest system. I love that show, but our show “Airport 24/7: Miami” is very different. There have been other 1 off documentaries behind the scenes of an airport, but ours is very different as we lived there for 6 months and are as focused on the human drama and key members of the airport team from many areas: security, airlines, cargo, ground ops, police, fire, terminal ops, even the Deputy Director of the Airport. We go much, much more behind the scenes than other shows.

AR: Why MIA?
CS: I love Miami International Airport and grew up here. I chose it for a number of reasons. First, it is the #2 international airport in the U.S. #2 in international freight. Over 100,000 passengers pass through here daily. Second, it is incredibly diverse in terms of the types of stories that can be told here as it is a major domestic and international hub for tourists and businesses alike – it’s the Gateway to Latin America. Third, MIA had a reputation up until recently as a difficult, outdated, and challenging airport that people went out of their way to avoid.

It also helped that I had existing relationships with the airport. They knew I loved commercial aviation via my site, Airchive.com, and was out to produce a fair, authentic show – not a hatchet job.