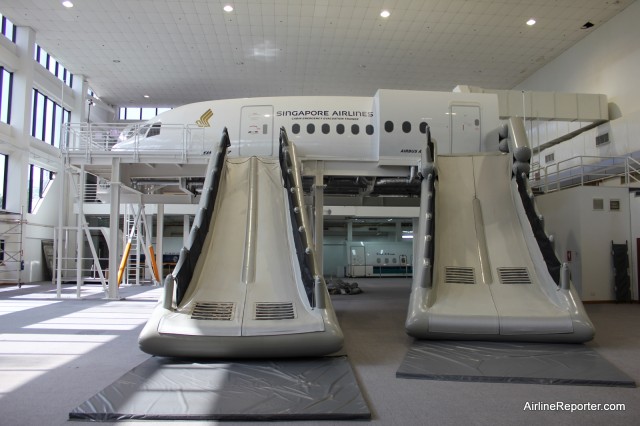 We first entered a large room that looked almost like a play ground with slides, but it was all business. This is where cabin crew learn and get re-trained on safety protocols. There were a number of different interior mock ups and the most interesting was the hybrid slide trainer. This was a unique set up with a Boeing 777 in the front and an Airbus A380 in the rear. The aircraft is used to allow flight attendants to practice evacuating passengers and jumping down the slides themselves. Inside the mock up, the interior was made up of earth-toned seats, with half of it being wider than the other half. The emergency doors had LCD screens located in the windows to simulate what might be on the other side (ie fire, debris) and the flight crew must react accordingly. Other mock ups in the facility allow cabin crew to practice opening emergency doors, escape from crew quarters and learn the proper operations on different aircraft. 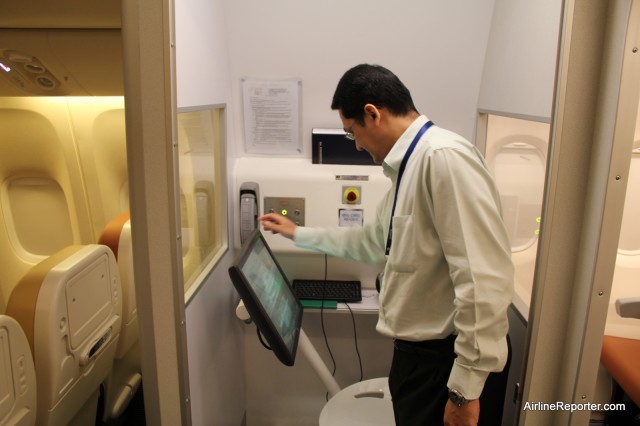 The larger hybrid airline cabin is able to be filled with smoke to simulate an emergency situation (see an example from when I visited AirTran). There is a control panel that lets the instructor set up a scenario and the flight attendants must react accordingly. I was hoping to have an opportunity to take a slide down, but decided on the stairs instead. 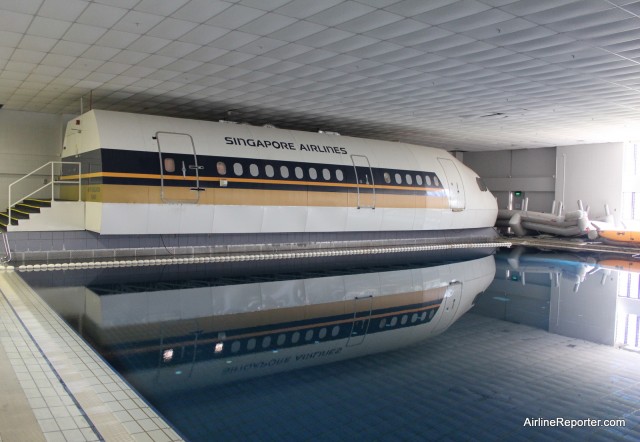 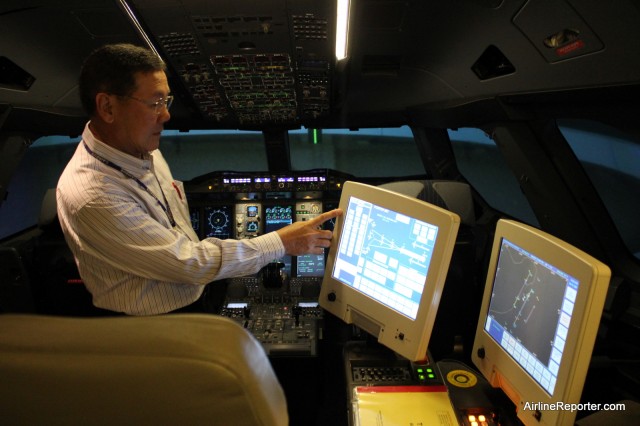 The training facility also operates seven aircraft simulators that cost between $12million and $30million. Singapore Airlines leases time on the simulators for other airlines as well, except the Airbus A380 since they need all the time on it as possible. The A380 simulator is unsurprisingly big and although it is a massive beast — she flies like a champ. The simulators have full motion giving pilots realistic g-forces during landing, take off and maneuvers. Instructors are able to sit in a command seat behind the pilot and co-pilot to create dangerous situations at airports around the globe. Before pilots take a spin on the larger simulator, they are able to practice the proper procedures on a much more simplistic (and cheaper) Flight Training Device. 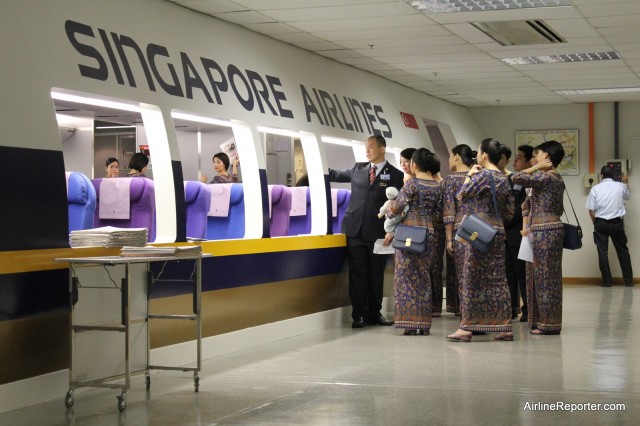 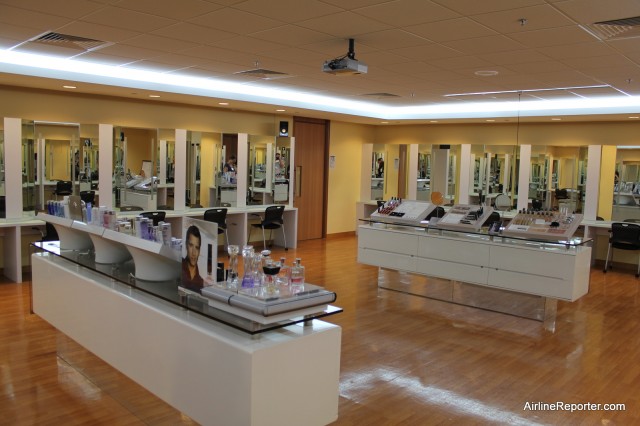 First impressions are important and Singapore Airlines makes sure their entire flight crew look professional. Even though the male crew won’t be wearing any make-up, they still go through the full training to learn how to keep their skin from getting too dry and how to assist their female co-workers. There is a classroom dedicated to make-up and scents training and another for flight attendants to practice walking properly.